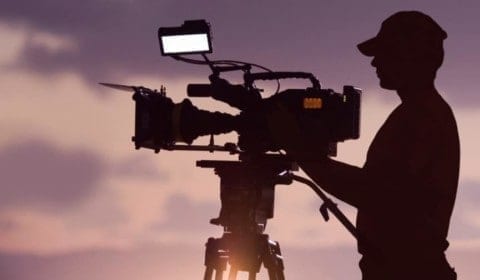 Common culture is influenced by a variety of factors. One of the largest contributors to the current characteristics of modern culture is the art of film and cinematography. Movies, television shows, shorts, and other videos can affect the way we think and act, even subconsciously. A variety of techniques involving camera angles, scores, lighting, etc. can augment the overall tone or message a viewer receives. Therefore, these techniques contribute to the way cinema can influence society.

As I have begun my research into the question of how cinema affects our society, I have stumbled across an interesting study performed by Michelle C. Pautz from the University of Dayton. She asked students to fill out a survey relating to their view of government. She then had them watch Argo and Zero Dark Thirty. After viewing these films, she asked them to fill out the questionnaire again. Approximately, 25% of the students changed their mind in some way. Granted that this sample size is relatively small (undergraduate students from one college), the findings still indicate that films can carry a significant weight of influence. This is but one example of how cinema can affect our view of the world and society. Stories are a large aspect of film, but as mentioned above, technical aspects of film can be just as effective at getting a message across.

If you were to read a research paper on my topic, what piece of information or what aspect of film would you most want to learn about? Would you prefer I explore the the more technical parts of film such as the cinematic effects, should I focus more on the storytelling aspects, or should I combine them? Which do you believe would make for a more interesting, unique research essay?

This sounds like a very interesting research paper. I personally think that you should focus more on the technical parts. I’m taking film studies right now and we are learning about all that stuff and I’m honestly surprised by all the different techniques used in film. There is a ton of really cool stuff that editors, writers, composers, directors, etc can do the influence the audience reactions. There is a lot of art and psychology that goes into it. Storytelling can be found every where but it would still be interesting to research it in film. I think you picked a great topic. Good luck.
You might find this article helpful
http://www.sbcine.be/?p=1579

Thank you for your thoughtful response. I find all the many technical, artistic, and psychological aspects that go into film intriguing as well. The research process is going well primarily because of this interest. The article you sent me looks perfect for my topic so thank you so much for that. I am sure it will incorporate into my essay nicely.