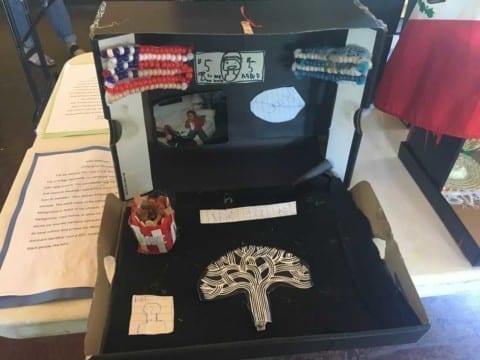 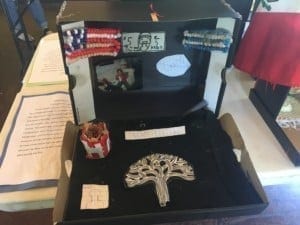 I like how you made an American flag with beeds.

It really stood out to me how you expressed the nationalities you have. This tells me you have a lot of pride in who you are. “I have also chosen a quote which is “never give up.” I have chosen this quote because this quote keeps me going.” This quote stood out to me because it tell me that you are not a weak person who gives up quick and is very ambitious.

Dear Adri,
Thanks for the comment. Something that I can do is to follow the black lives matter movement to stop the dominant narrative for black people.

Really like the explaining of your counter narrative. What can you do to change the ideology of the dominant narrative? This stood out to me because I can see that you’re a great person and I see that you have a lot of pride in yourself.

Is salvadorian not your nationality as well? It can be one of your chosen identities. So you have all these stereotypes, you prove them wrong by being the opposite. Do you think this will make any change to how these stereotypes will affect you or your day to day life? What can you do so that you can change the dominant narrative?