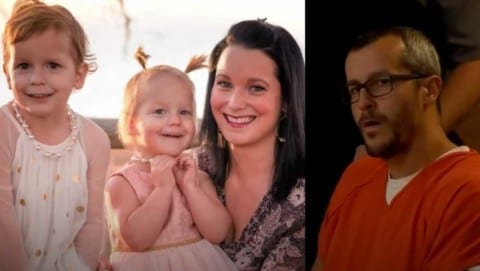 The years 2018 and 2019 should’ve been thrilling years for the Watt’s family after finding out that they were expecting a baby to join their two girls, Bella & Celeste, but it was the complete opposite. Chris & Shanann Watts we’re going through some difficulties within their marriage, but on one would have expected the outcome that occurred on August 13, 2018.

The love story of Chris Watts & Shanann Rzucek began through a friend request on Facebook in 2010. Not thinking anything of it, Shanann quickly accepted the friend request, thinking “What the heck? I’m never going to meet him” (Chang). Their relationship turned from aquatintes, to friends, to boyfriend and girlfriend, and finally to husband and wife in 2012. About a year later, their first child, Bella Watts, was born in Colorado. In 2015, they had another baby girl, Celeste “CeCe” Watts. Shanann was a very active Facebook participant, posting videos and pictures of the girls almost everyday for loved ones to see. She also would post more serious videos about her struggles with money, Lupus, and abusive relationships, and how she overcame them and found Chris. She stated on a Facebook Live, “I believe that everything in life happens for a reason, and I also believe people are placed in our life for a reason,” saying that Chris was the best thing that ever happened to her later in the video (Chang). Shanann knew that even through fighting and hard times that Chris was the one for her and that they would be able to get through anything together, but Chris didn’t feel the same.

After finding out the news of the new baby in 2018, Chris started talking to Nichol Kissinger, a coworker of his at the oil plant. Nichol knew about Chris’s family life, staying that he told her that he and Shanann were still married, but in the process of becoming divorced , which was never true (Collman). This relationship obviously remains very secretive for a few months, with Chris meeting Nichol late at night or long after work days. When Shanann and the girls took a trip to North Carolina to visit family, Nichol begins coming over to their house, and Chris tells her that the divorce is finalized, or so she thought. Over the three weeks his family was gone, Chris and Nichol went on numerous dates. Shanann received many alerts from her banking app that hundreds of dollars were being spent at many different restaurants where Chris would only spend $40 at most if he were alone, so she became very suspicious. At the end of July 2018, Chris flew out to North Carolina to stay with his family. During this week, tension between Shanann and Chris was high, with very little to no intimacy between them. When the family returns home to Colorado, Shanann texts her a few of her best friends about her suspicions and concerns with her and Chris’ relationship. As tension rises in the household, Shannan has a talk with Chris before leaving for a business trip. She told her friends that it was their “best talk yet,” which made her their relationship was starting to regain its spark. While she was gone though, Chris still goes out with Nichol, hiring babysitters and spending more money than normal, according to Shanann (Chang).

Shanann returns home from Arizona on August 13, 2018 at around 2am. Once Shanann was inside the house, she went upstairs to go sit and talk with Chris about their marriage. She and him have yet another ‘deep talk,’ and Chris finally comes clean about the affair. He also tells her that he doesn’t think their marriage will last and that they should get a divorce. Because of this, Shanann tells Chris that he “…won’t be able to see the kids again…” which causes Chris to “snap,” in his words, and strangle her to death (Chang). Bella, their four year old daughter, hears the commotion and comes into the room asking, “What’s wrong with mommy?” To which Chris ignores as he wraps Shanann in a sheet (Collman). He then wakes up CeCe, their two year old daughter, and tells the girls that they are going for a ride. Bella and CeCe then get into his truck, where their mother’s lifeless body is. They drive to Chris’ work, the oil tanks, where he planned to bury Shanann in the nearby field. Once at the site, he smothered Celeste with a blanket as eldest daughter Bella watched. Before dying, Bella said, “Daddy, no!” As he was about to smother her as well, as she had just witnessed her sister be killed by the one man who was supposed to be their caregiver. After his family was dead, he buried Shanann and put Bella and CeCe in separate oil tanks where they would all later be found (Chang).

Shanann’s best friend, Nickole Atkinson, soon becomes worried after not hearing from her at all since she had dropped her off at her home earlier that morning. She keeps calling and texting her, but no response. She then goes to Shanann’s house, thinking she would still be sleeping. After no answer at the door, she calls the police (Collman). The police arrive at the Watt’s house, but cannot go inside without consent from the owners. Nickole then calls Chris and tells him to get back home because Shanann and the girls are said to be missing. Once home, Chris does not seem distraught or concerned at all about where his family might be. Over the next few days, Chris was interviewed by many different new sources, being seen as very monotone and bored while being questioned, which raised suspicions for many (Chang). Two days after their disappearance, they bring Chris in for questioning and a polygraph, which he fails. Once being asked again if he killed Shanann, Bella, and Celeste, he confesses to killing only Shanann and burying her at his oil site. He stated that Shanann killed the girls, so he had to kill her, but they would soon find out that that wasn’t the true story. He was then arrested on August 15, 2018 on “suspicion of three first-degree-murder charges and three charges of tampering with a deceased human body”  (Collman). They then asked him to locate where their bodies were, which he did on a picture of the oil site, labeling S, B, and C for each of the girls. The next day, police and investigators went to the oil site where Chris stated that the girls and Shanann were to be found. They did, in fact, find them all exactly where Chris had previously stated. A few days after the bodies were found, on August 21st, Chris goes to court where is charged with “five counts of first-degree murder, one count of unlawful termination of a pregnancy and three counts of tampering with a deceased human body” (Johnson, Alex, and Eric). Chris will now spend the rest of his life in jail in Waupun, Wisconsin (Shiffer).

Chang, Rachel. “Chris Watts: A Complete Timeline of the Murder of His Wife and Daughters.”

Collman, Ashley. “From a Happy Pregnancy Announcement to a Shallow Grave: The Full