“Children are our future”

Home “Children are our future” 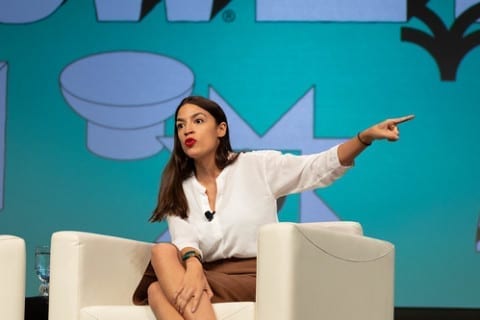 I am fixated on your Instagram video and I really appreciate your candor description of our generation. The later generation always brags about how tough and strong they were, but they fail to realize that our generation has unprecedented responsibilities that no generation has ever encountered because we live in a very steadily progressive world.

One thing you said that stands out for me is: “I think that they are more sensitive, in a positive way, in that they actually care about other peoples’ experiences and lives. ” I completely agree with your statement, because today’s youth are innately considerate about other people due to the fact that they experienced a lot of traumatic situations. So they always try to prevent that by being intuitive and start the change.

I do agree with you that this generation is a badass. Because they never scare to brings past history to talk about it, they always try to make it better this generation by not repeating any past mistake.

I’m especially inspired by the video by Malala Yousafzal, she is a Pakistani activist for female education and the youngest Nobel Prize laureate. She is a campaigner for girl’s education in Pakistan. As a young girl, she defied the Taliban who interrupt the girl education in Pakistan, and under the rule of an extreme group, it was very difficult to continue the girl education in north Pakistan. Malala demanded that girls be allowed to receive an education. Basically it was really hard for girls to continuing to go to school to receive an education. Because the Taliban group wants to ban the girl’s education. Malala Yousafzal did not want them to win. She protests against the Taliban group and got multiple shots at the age of 15. Fundamentally, I’m trying to show that this generation does not scare to fight for their right.

In 2012 October 9th Taliban shot on the left side of her forehead, also they shot some of the other students. Taliban thought that this will make then silence and stop them from receiving education. However, this occurrence did not make people silence, even thousands of voices were raised. Taliban though they can change youth ambitions, were wrong it didn’t make anything changed. The youth strength, power, and courage were born. When Malala overcome her death zone she stays the same. Her ambitions hope and dreams are the same. Her intention wasn’t against any group of people even any other Taliban or any other terrorists group. She is only speaking up her voice for the right of education for girls and boys.

“I am here to speak up for the right of education of every child. I want education for the sons and the daughters of all the extremists especially the Taliban.” this is basically saying she is advocating for all the children to receive an education. In particular, she wants the Taliban children should receive an education so, they can brighten their future and do not repeat the same mistake by banning other people’s education right.https://theirworld.org/explainers/malala-yousafzais-speech-at-the-youth-takeover-of-the-united-nations

I’ve also been learning about youth revolt that people take responsibility to make change happen and fight for their rights. The young protesters that I find most inspiring are the ones who fight for their water rights and land. Also, they concerned about nature and future generations. The government takes people’s land and use this land to build the pipeline for the factories and that can destroy the water and this will affect local people’s livelihood. Pollution of this water is destroyed our nature. This is why two young people were protesting to build the pipeline and perish the water. These two youth are worried about the people who are dependent on this natural resource and for the upcoming generation who would not have any chance to delegation the beauty of nature.

I think this history is a good example of the power and how they make good changes and they are the inspiration for this generation youth revolt. Because they fight for their freedom of education, right without any violence. they show how concerned they were, to make the world better.- something you said in your video: “Let me tell you something: you are the government! Like, as a democracy, we the people mean you. You are as a voter you are the government too. And if we are not in the streets. If we are not in the streets, if we are not organizing, then what we are doing is abdicating ourselves from government and actually allowing someone else to take over”. I completely agree with you here, because if we are not on the road then who will be? We have to raise our voice to let the world know what we what and we have a birthright to advocate for our freedom and rights.

I strongly appreciate that people are putting it out there that children’s opinions aren’t dumb, we are smarter then people think we are and our perspective of the world matters too. “I am here to speak up for the right of education of every child. I want education for the sons and the daughters of all the extremists especially the Taliban.” This quote stood out to me because it’s great to know people are standing up for us. I made a connection to the first paragraph where it said the older generations think they are stronger and more experienced and always right compared to us. Some people have no idea what kids our age are aware of and how much we could do for the world if certain things were allowed/heard. When I heard the kid got shot in his shoulder and people did not keep their silence made me feel very good.

Hi there, Fatema. This letter is extremely powerful and cites many different young activists. I enjoyed the different areas of activism you drew from, ranging from female education rights to the rights of the natural land in America. These issues are core to our generation and they are fights we will continue to fight until we have won. In the future, perhaps you could write about your own experiences with activism, or issues that are close to your heart. Beyond that, maybe continuing to write letters on issues that matter to you, or more like this one that thank elected officials for what they are doing. With so much negativity in the world today, I think it is important we all remember simple things like saying thank you or letting others know they are doing a good job. Keep up the good work and positivity!