Childish Gambino Motivates Us Against Violence 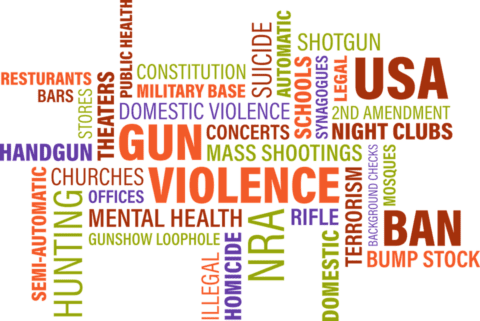 I am excited by Childish Gambino music video, “This Is America,” because its very inspiring and motivating. As a country we do face many upsets and downfalls. There are many problems that we do not speak on; there are problems we go thru in our society that should be handled properly. For example, Gun violence and Domestic violence are major problems that we have been facing for decades. Negative things shouldn’t have to happen for a change to be made.

One part of Childish Gambino’s Video that stands out for me is where he shoots the african american man that is wearing a sack over his head(0.53).I think this is disgusting because the video represents many things that are taking place in America. Many things that people don’t speak about.

Many blacks still feel enslaved even after all this time.Many innocent blacks were and are still being killed to this day which is sad because we should all be able to treat each other as equals. As a country we should all feel united and able to live our best life’s no matter our ethnicity.

Another part that I enjoyed is where Childish Gambino shoots and kills all the innocent people that were singing in the choir(1.57).  This stood out for me because its a message that most people relate to. A lot of innocent people are killed everyday due to gun violence.This video represents many things that are taking place in America. Many things that people don’t speak about. Innocent people get killed everyday. Living regular lives. This shows how violent America is. You never know when you could go.

Childish Gambino’s video reminds me of something that I made once. One time when I lost one of my close friends due to gun violence. It was upsetting because it was someone I thought I wouldn’t lose any time soon. Sadly his life was cut short due to violence with a gun. That’s why I speak very heavy on the situation because I would love for something to be done to put a end to this madness.

Thanks for your music. I look forward to seeing what you make next, because your music is great and it’s inspirational in many different ways. Change the way people look at things in life and you can find the power motivate people to fight for what’s right.

Dear Kayla
I am excited about your post “Childish Gambino Motivates Us Against Violence” because i like this topic very much and enjoy speaking about it. Also i enjoyed reading your different thoughts and perspective on this subject.
One sentence that stands out for me is “There are many problems that we do not speak on”. I think this is interesting because its a known fact that most of the things that happen daily in the United States are rarely ever talked about by anyone including the government.
Another sentence that i liked was “there are problems we go thru in our society that should be handled properly” because most of the problems in the US today arent handled as they should be instead they are responded with a form of violence
Your post ” Childish Gambino motivates us against violence” reminds me of something that happened to me one time. For example i as beaten by the cops because i chose to not respond to them. i was brutally beaten by the very police that want to protect and serve my community.
Thanks for your writing. i look forward to seeing what you write next because you had some interesting facts and ideas which will make me wanna come back

My name is Lourdes Argueta. I attend Oakland Unity High school. I agree with you on the fact that nowadays violence is being used for almost anything. Including the fact that many people go through many types of violence on a day to day basis and we need to change that. I was wondering what made you want to write about this song and topic?