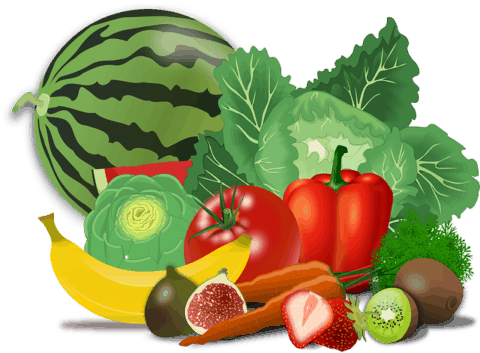 Childhood hunger is a problem that is often overlooked in the U.S. even though millions of children experience it in our country. Regarding this issue, three sources stand out to me the most.

The first source I looked at regarding childhood hunger was an essay titled, “Ending Childhood Hunger in America” by Mariana Chilton and Jenny Rabinowich. The essay starts by noting that over 17 million children experience hunger and food insecurity in the U.S. The problem roots from the fact that many Americans are unaware of the hunger problem that exists in this country, and the unwillingness of government officials to take action to solve nationwide hunger. Across the world, it is recognized that food insecurity is a human rights violation. From 1995 to the present day, the number of people per year that have increased food insecurity has dramatically increased from 35 million people to 49 million people per year, or 14.6% of the population. Not only is food insecurity a painful suffering for young children, it also has been shown to have negative effects on academic performance. Students who regularly experience food insecurity often have lower grades in reading and math, have a harder time paying attention, and are prone to suffer from suicidal thoughts and depression. What is striking is that food insecurity is not inevitable. The U.S. is producing more than enough food to feed all of its citizens, but it looks over many people who go hungry every day. The author also outlines a four-step plan for resolving this issue in the United States as follows:

Step 1: Understand and recognize the types of people more susceptible to food insecurity

Step 2: Government agencies must recognize the reasons that create hunger in the U.S. and create policies to remedy food insecurity

Step 3: Raise awareness to others in the U.S. about the problem of hunger as many are unaware

Step 4: The public must participate to solve the problem of food insecurity

Lastly, the author concludes by adding that to carry out this plan, it requires the participation of the country to solve childhood hunger, not just a group of people.

“Report Reveals The Reality Of Childhood Hunger In The U.S.”

The second source, “Report Reveals The Reality Of Childhood Hunger In The U.S,” is an article by the Huffington Post that shares much of the statistics behind childhood hunger in America. The author reflects upon a report conducted by the nonprofit, Share Our Strength, titled, “No Kid Hungry” regarding the effect food insecurity has on academic performance. The study included 500 parents, their children aged from 13-18, and 325 teachers. The author notes that 1 in every 6 kids in the U.S., and 62% of low-income parents worry about running out of food. Additionally, 23% of low income families have been forced to reduce the size of their children’s meals due to financial insecurity, and 34% of the families cannot afford nutritious meals for their children. 59% of these children have come to school hungry, 46% note that being hungry negatively affects their school performance, and 12% say that they are too hungry to be able to do homework at night. Many teachers actually use their own money to cover the cost of food for students who do not eat at home, which amounts to $300 each year. The author states that hunger afflicts so many communities in America, yet it is a very solvable problem if federal programs that regard school meals would step in. The problem is that with Donald Trump’s proposed budget, it would cut costs of the Supplemental Nutrition Assistance Program. Lastly, the author concludes by urging readers of the article to share the No Kid Hungry report with others in order to spread awareness to help solve this issue of childhood hunger in the U.S.

“Why does America have so many hungry kids?”

The last source, an article from CNN titled “Why does America have so many hungry kids?” starts with a story. One day as a woman named Elle Dingman was volunteering in Missouri distributing food to those in need, a two-year-old boy walked up to her and held her hand. This story serves as a segue into the fact that this boy, Ryder, as well as many other children in the U.S. go hungry every day and an estimated 13.1 million households with children suffer from food insecurity. In the article, the parents of Ryder were interviewed and they noted that they have been living in a small hotel room for some time now. The family struggles financially with the parents working more than one job. In the U.S., the south has the highest rates of food insecurity with an average of 17% of households that experience food insecurity. Most households that experience food insecurity have children, but some schools have made efforts to help these children in need. Blessings in a Backpack is a program that provides school children with a backpack full of food to help them over the weekends. However, once school is over, programs such as these disappear and there must be a consistent effort to solve food insecurity year-round. Volunteer work helps supply families in need with food, but the author believes this effort should expand nationwide.

Patterson, Thom. “Why Does America Have so Many Hungry Kids?” CNN, Cable News Network, 15 June 2017, www.cnn.com/2017/06/09/health/champions-for-change-child-hunger-in-america/index.html.