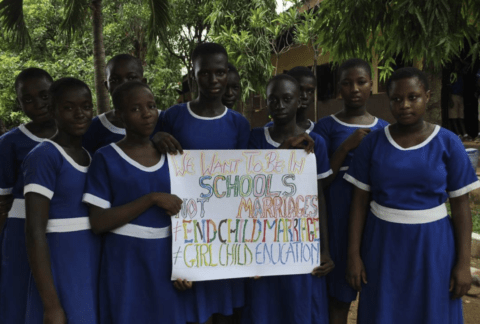 My name is Maisha and I am a freshman at Baccalaureate School for Global Education. Students in our technology class were assigned to create a blog about an issue we were passionate about. Child marriage immediately popped into my head. Unfortunately, my mother was married off at 14. She was robbed of her childhood and faced numerous hardships which affected her and my family. This worldwide issue is also quite prevalent—and often even normalized in several societies. However, many people are either still unaware or not concerned about it. Consequently, I wanted to spread awareness, support those whose childhoods were taken away from this injustice and prevent any further child marriages.

However, although having a great passion to end this human rights violation, I was unsuccessful.

I created a blog on wordpress (http://childmarriage.family.blog) on March 1, 2019 which failed tremendously. Since then, my most-viewed blog post has only received 4 views. Most of my other posts received only 1 view which were probably from Shantanu.

Moreover, my petition was not successful. Despite promoting my petition, it only received 2 signatures. However, if I had a larger following on my blog or my instagram account, I would possibly have received more signatures. I did not though which is why my overall project failed.