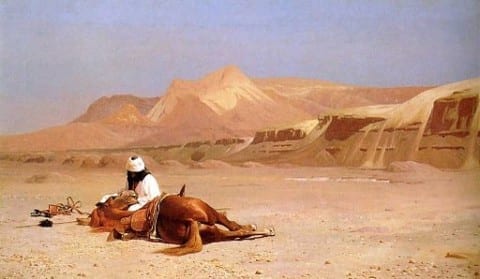 In “Araby,” the little boy seeking change and new experiences devotes himself to pleasing Mangan’s sister, only to be disappointed by his grand expectations, thus coming to the realization that he solely desires change, not a relationship. The short story begins with a description of the everyday, boring, lifestyle of Dublin citizens, inciting the little boy’s fervent desire for change and excitement. On his journey to achieving a new lifestyle different from his current way of living, he finds himself infatuated with Mangan’s sister, a symbol of curiosity and newness rather than a true love interest. Centering his thoughts around the anticipated change and hopefulness of action in his day-to-day lifestyle, the little boy soon becomes disappointed with the reality of his fantasies. His epiphany comes when he encounters frustration and sadness at the end of the short story, coming to realize that his recent passions and desires were not worth his efforts. While the narrator found excitement in his highly anticipated adventures, his disappointment proves that outlandish goals of change are bound to result in failure and setbacks, leaving one feeling unfulfilled and struck with despair and frustration. Coming to the realization that the reality of living will never live up to his dreams and hopes, the narrator embodies hopeful individuals who have not come to terms with reality and are thus destined to disappointment.

In my capstone project, I can emulate the final lightbulb-moment felt by the narrator. Representing change and maturity, including this plot aspect into my capstone project can add a layer of depth and character development to heighten the overall resolution and lasting impact of my short story. Through the narrator’s final epiphany that real life will never live up to the expectations one sets, I can use the model given to create a similar anticipation and frustration that coordinates with the plot line of my capstone project. Throught this protagonist epiphany, I can create a well-rounded character that adds to the short story and develops a theme rather than a flat and shallow plot line.