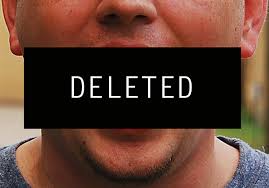 Tom is a dynamic character. His archetype changes over the course of the play. At the beginning of the play, he is archetypal of the coward. This can be seen on page < 159>, where the author writes: “ TOM: I’ m planning to change. [He loans over the rail speaking with quiet exhilaration. The incandescent marquees and signs of the first-run movie houses light his face from across the alley. He looks like a voyager.] I’m right at the point of committing myself to a future that doesn’t include the warehouse and Mr. Mendoza or even a night-school course in public speak”.

But by page < 19>, Amanda has begun to transform into the archetypal the villain. She may say into her words that the mother tries to make everything in an easier way for the daughter, but however, she seems to refuse to that commodity. Amanda is putting all of her efforts just for Laura to be perfect. In my mind, I feel like Amanda really cared about appearance a lot than the reality. Evidence of this is on page <19>: “I don’t understand you, Laura. You couldn’t be satisfied with just sitting home, and yet whenever I try to arrange something for you, you seem to resist it. [She gets up.] Now take a look at yourself. No, wait! Wait just a moment – I have an idea”!

Laura is no longer the person who was shy but as things progress in the play she started to opining up and defended herself. For example in scene six-line, 74-78 she did not respect when her mother tells because was not comfortable. A reader will recognize that the turning point for Tom comes when he started talking about leaving his family at the beginning he was blaming his father for leaving them. I never expected that he will things about it. Page <#> encourages this prediction: “ I’m starting to boil inside. I know I seem dreamy, but inside – well, I’m boiling! – Whenever I pick up a shoe, I shudder a little thinking about how short life is and what I am doing! – Whatever that means, I know it doesn’t mean shoes – except as something to wear on a traveler’s feet! 1[Finds paper.] Look”.