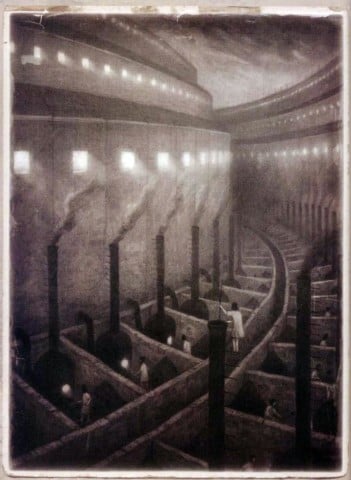 It’s difficult for immigrant to adapt to big changes. Change is sometimes good, but most of times it is scary. Change is needed to have a new life. Change is a challenge people have to overcome everyday. People change themselves and  their life because they don’t like what they were or they just wanted to change, life is hard to just play side of it. A literary element is conflict in the book. There is a conflict with a little girl they are forcing her to work so she scapes, another literary element is symbolisation in the book you could see symbolisation were the girl holds a shovel the shovel represents the wait they have to carry every day the fair to be kill or to die in that dark place. The girl has to build a lot of caresh to live her country because it is a big change for her.

The main character the father meets two people who share their immigration stories with him. people can overcome their past to star a new fresh future, I think order to start a future you don’t have to go back to your past because the old is  the past and you have to move to live the present later on you have to think about the future. When you are having a bad past that can’t get over it you have to do good stuff to have a good future.

Part III, First we can see how a rare animal come to Scar (the man) house and try to take him to a statue from this new country. When Scar was in the boat, he start talking with a women who show him, like she daughter history. In a flashback, we can see how a man enters where the girl is kidnapped and take her book that she was reading and put her hard word with a shovel that recognizes the coal to throw it in a hole that makes fire, Then the men enter the girl into the room, and with the same shovel that she was working open the door, grabs her book and runs off to take the train, Then we can see how the monsters are killing people with vacuum cleaners, Finally, we can see how some people escape from these monsters in a boat, and how these people came to their homes and are having dinner with they family and with very strange food.

The chapter three of the arrival, Shows differents settings when the stories are happening, in differents moments and differents places. The man wakes up in the new city, accompanied by a weird animal. He started to do a normal routine of the morning. Then he  goes to learn about the new city. It is a city with biggest bridges, boats flying, Weird birds flying that represents liberty. The man in the public transportation meets with a girl who was telling him how her life was in the past before coming in the country. She  was living in a dark place, working hard with coal in a dirty factory which looks too dark and sad. Then the man arrived in a big place with giants statues with food, that was a commercial place. He meets with a men who told him another story. This flashback looks too scary, giants persons with weird machines which was absorbing the people that was running away, these people looks scary. The dark night was illuminated by the giants  light, the city was torched. The two mans became friends, and they was in a warm and family space.

They lived in a very big city where everything was different, with very strange animals, a different language, a difficult place to adapt a very strange place with trains or flying boats.