Changes In Our Home

Home Changes In Our Home 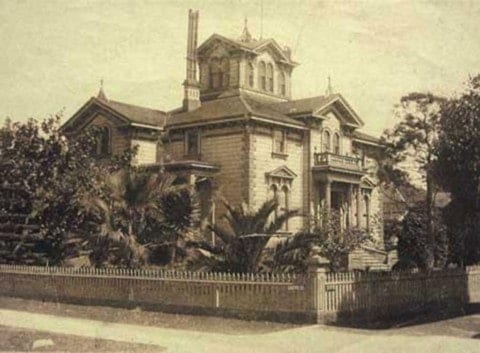 Change. What does this mean? It good? Is bad? Can it benefit us or can it ruin us?

Oakland has always been a home for me. But over the years I have seen drastic changes.

I have been doing a lot of research about what has been happening to our city, Oakland and the things that I found are shocking.

Based on the research, there is a lot of change happening to Oakland, homes are being destroyed, new places and jobs are being built behind our backs, and history is getting erased so that these new places come in and replace important places such as the Cohen Bray House which is being shadowed by new construction  and new residents moving in without an understanding of the history.

Cohen bray a house with so many memories and history is yet waiting to be destroyed.This home has been here for so many years and not everybody knows that it exists. The only people that know are those who live near it, this house should get more attention than what it has. In an article called  “Historic Cohen Bray House that has been in Oakland for over 20 years revealed” by Annalee Allen a writer that brings historic places back, states that “Donald’s relatives were newlyweds when the home on 29th Avenue, near (then called) East 14th Street, was completed in 1884,”(Allen). This is showing that this house has been here for so many years and it was a gift for these new married couple and it’s a gift to our community that  still have it to this day and people should visit it more.

Downtown Oakland is a huge part of Oakland it’s a home to thousands of people and a place with so many arts. In an article called “Here are the Oakland towers poised to change the skyline” by Fiona Kelliher a news reporter says “Towers aren’t the only change coming to Oakland’s downtown. The city is also planning for a massive influx of people and businesses, including 49,431 new residents and 59,598 new employees before about 2040” (Kelliher). This is showing that not only are they going to remove houses they are also planning to bring new people to our place and bring new jobs for those people.These changes are to drastice for the people living in Oakland.Oaklanders aren’t used to seeing so many new places being built . Our people have been here since they were born and now they are seeing changes that they never thought they were going to see. They are also getting excluded from Oakland because it’s turning into a whole new place

When Oakland was first made, people made it their home. They started a new place to grow, do art,  and have a family. When Oakland changed starting in 2010 these art and homes were being destroyed to become new places.  In an article called “The forces driving gentrification in Oakland” by Kathleen Richards she states “ remember shopping with my mom in downtown Oakland in the ’80s. The neighborhood always felt deserted, with empty storefronts and few people walking around. Now, it’s filled with bars and restaurants and cranes constructing new housing. To many, this might feel like a welcomed change from the years of neglect. But these changes have coincided with evictions and the displacement of people from their homes and businesses”(Richards). This is saying that change could be great but not here because of all the people are left homeless because they can’t pay their rent for being it to high. Whites are coming to Oakland and trying to rejuvenate this already beautiful place. Some people have to congregate in small rooms in order to have a roof over their heads. The undeniable cause of this is gentrification. The people in the community are getting kicked out of their own home.

In an interview with Yesley Romo she talked about how changes have really impacted her and her family. One of the words that she said that stuck with me was “I have lived here for many years, since I was born, and I have never seen so many white people in my life in Oakland walking their dogs” this is saying that after so many years he is just starting to see more white people coming in slowly and taking over.

In conclusion, based on the research, there is a lot of change happening to our city history getting erased and forgotten one. Our people, homes, land is being changed and sold into a new home for people and are kicking Oaklanders out. Whites are changing are colorful,and artistic place into a nondescript place. This is going to lead in the future to other problems like more homlessness and because of gentrification raising the number of rent for non people of color to step in and take over.

This is an article about how this old house cohen bray getting showed to the public and the history that has been involved in this house. This quote passes the craap test because since Cohen Bray is an old house, it is better if the article is old this article is from 2008. This article is also relevant to the point.

“Here Are the Oakland Towers Poised to Change the Skyline.” Bizjournals.com, www.bizjournals.com/sanfrancisco/news/2019/04/10/oakland-towers-skyline-pipeline-downtown.html.

This article is about how new buildings are coming and new people are also going to come and get the new jobs that are being built. This source passes the craap test because it talks about the topic of new people coming. Also this source is current it was published this year 2019 so this is what is happening now in Oakland.

This interview she talked about how Oakland was and how it is now. She talked about whites coming in and seeing them around her streets. This passes the craap because she has lived here for her whole life and she knows what she’s talking about.

Hi Emily-
Thank you for this article. I like how you started this post. Your first 8 sentences really grab the reader by engaging them in the topic through questions and connecting to your personal experience. I also appreciate your annotated bibliography. I am wondering if you have done any research on or seen any examples of older or pre-existing buildings being preserved or re-purposed instead of being torn down? I notice you wrote this in December 2019, could you also provide an update on the Cohen Bray House?

Emily,
Thank you for sharing what you learned and your own experiences of gentrification in Oakland. You have raised some very important points about the negative consequences for many residents, including homeless community members. I’m wondering what you think the city should do to address the rising gentrification? For example, do you think the city should make sure that along with all this new development that is planned they require developers to include affordable housing units? If you could talk to the mayor, for instance, what would you recommend?
Best,
Erica

I feel bias about your post “Changes In Our Home”. Some sentences that stood out to me were, “Cohen bray a house with so many memories and history is yet waiting to be destroyed” and “The only people that know are those who live near it, this house should get more attention than what it has.” These sentences stood out to me because if the house isn’t getting that much attention, then it shouldn’t be such a big deal that it is getting destroyed. Have you ever thought of instead of writing about something that is going to get removed, just write about another building that has been in Oakland for a long time, that isn’t getting destroyed. Another thing that you should keep in mind should be to get the word out to people that the Cohen bray house is filled with memories and history and it is going to get destroyed so that people can fight to keep it. Other than that your writing was good. Keep up the good work!

Thank you so much for reading my blog. I wanted to address what you said about me getting the word out because that was the whole point of this article. I have a question why didn’t my article change your mind about the importance of the house?

Dear Emily,
I agree that erasure is happening and that people of color are being driven out of Oakland because people are raising rent prices for non white people which is causing let diversity in Oakland.

Thank you so much for reading my blog. I had a few questions for you based you comment. what do you think as a community we can do to fix this problem?

Dear Emily,
I agree that more white people are living in Oakland now and I really like how much feeling a felt while reading your article. It seems like you truly care about your home and that you love the way that it is. But when you said “This is saying that change could be great but not here because of all the people are left homeless” it made think that maybe these people who are recently moving to Oakland might be moving here because they lost their homes elsewhere. There are many horrible stereotypes about Oakland and I personally don’t believe that Oakland would be the first choice for many people. Although people are losing their homes in Oakland and we have to help them, we also have to keep in mind that this problem is going on in other places as well and that everyone is looking for a way to put a roof over their family’s head. In the article How Has Oakland Changed? by Adrian Kudler, it syaesthat “Rents in Oakland jumped 34 percent between 2010 and 2014, and 14 percent in just the last year; the median for a one-bedroom is now an unbelievable $2,300 a month.” Rent is one of the biggest reasons why Oakland is changing so much, so what do you think that we as the residents of Oakland can do to solve the raises in rent? What can we do in order to save our city from being overrun by whites who “are changing are colorful,and artistic place into a nondescript place?” This article helped me see through many different perspectives and I really appreciate that. Thank you for writing this informative piece of writing.

Thank you so much for reading my blog. I had a few questions for you based on your comment . I really thought about your question about what we can do as a community for the rent. But do you really think that a small group can make such a movement especially with rent? I feel like maybe we might get ignored