Changes in Life and Circumstances

Home Changes in Life and Circumstances 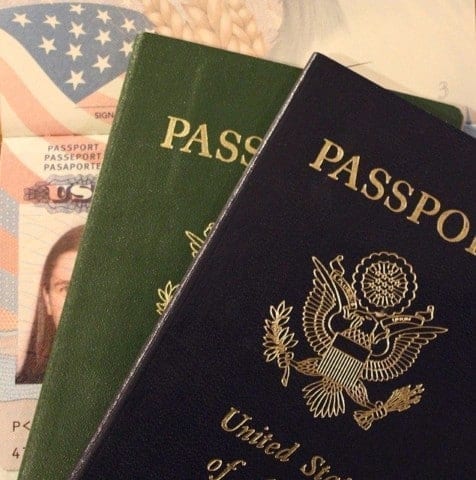 My name is Husnain and I am not good at anything. In fact, I am pretty bad at everything except one thing. I am good at working hard. Working hard has been drilled into me ever since I was a little kid because of my parents and their struggles. Something important to know about me is that I am proof of the phrase “hard work beats talent when talent doesn’t work hard.”

My family and I came to the United States in 2005. My life changed quite a bit when we immigrated. Although there are a lot of similarities between the United States and Canada, there are also quite a few differences. For starters, I had to get used to living in a smaller town. We immigrated from a big city like Toronto to a small town called Okemos. There is much less diversity, fewer things to do, and overall a different lifestyle. Another difference was dialect. In Canada, English is spoken everywhere. However, the use of slang and spelling was different. For example, the word “center” is spelled “centre” in Canada. My life did not change drastically, but there was certainly an adjustment period that took place when I immigrated.

Unfortunately, injustice takes place everywhere. I had a friend who was also an immigrant like myself and was getting used to living in the United States. Ironically, he was also from Toronto and moved to Okemos. He was being picked on and called a terrorist in 7th grade. In retaliation, he called the oppressor, who was white, “fat and ugly.” The two boys got called to the office and my friend got in trouble and sent home because “he was being emotionally insensitive” to the other kid’s health conditions. The worst part was that the other kid only got lectured and no real consequences. This is outrageous because this shows bias towards the white boy over the foreigner. Obviously, the white boy should have gotten the harsher punishment, but injustice and unfairness took place.

Thank you for writing this piece, it really goes to show that the problems regarding differences in races, religions, and creeds still divides the people of this country. It is a perfect demonstration of one of the many injustices that occur to minority groups every day.

Hi Hussain, I just wanted to say I can really relate to your story! I also emigrated from the Toronto area of Canada. While I can’t relate to the same name-calling circumstances, I have been teased for my accent and my unique hair color. I also just wanted to say just how much that whole immigrant issue affects me still with all sorts of paperwork for every little thing.

I thought that your post is very motivational. I have actually never immigrated or moved anywhere before. Sharing your story was really brave of you!

Have a good one! Stay safe and Healthy!
-Carter

Hello
I really liked your entire post, even though I dont have a lot in common with you I think that your story is very inspirational. I think in our society it is key to be hardworking even if you are not naturally good at a lot of things. I think that hard work can get you almost anywhere in the world even if you are not that talented at it.
I think you would like this article on why hard work is the greatest characteristic to have.
https://medium.com/the-mission/hard-work-is-the-single-greatest-competitive-advantage-8e65a1e674f4

Thank you for sharing your story of how you immigrated to the U.S. from Canada. My parents also immigrated from Canada, and I am a dual citizen of both countries as well. There is definitely few differences between the two countries as both have similar cultures, but I have found that even though discrimination exists everywhere, it is definitely more prevalent and harsh in the U.S. I believe that the U.S. has stronger disparities between races than Canada, and Canada seems to be more accepting of immigrants. I do believe that improvements need to be made regarding racial bias in the U.S., and I believe this can be attained through a nationwide effort to be more inclusive of others.

Here is an interesting article regarding how Trump is making it harder for Canadians to immigrate to the U.S.
https://www.thestar.com/news/world/2018/01/12/trump-is-also-making-it-harder-for-canadians-to-legally-immigrate-to-the-us-lawyers-say.html

Hope to see what you write next,