Change your opinion of immigrants

Home Change your opinion of immigrants 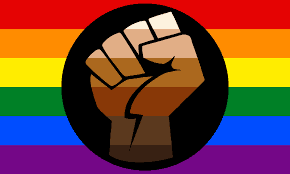 No one is illegal because this is a free country and no one owns it in the first place.Based on the research, it is clear we need to change people’s opinions about immigrants because many are humans too.

To begin with people in the US have different opinions on immigrants. Some people  don’t like immigrants and they want them out of the US. For example in article titled How Deportations Devastate Families and Communities it stated  “ 29% don’t want any more immigrants ,44% are okay with them,24% want more immigrants”( PHILLIP CONNOR). This is saying that 29% don’t like immigrants so it is important to change their minds  about that so they can be okay and understand how the immigrants feel. Another thing is that the 44% are fine with them but they don’t what any more immigrant. Additionally, in an interview Victor (a classmate at life academy/immigrant that came from mexico)  said “everyone should be allowed to be here with us. I also think that immigrants are good people and that they are here to have a better life and to give their children a better future so they can have an education”(Flores). What Victor is trying to say is that he supports immigrants and that

he will accept them. Also this is trying to say that Victor would vote for a law to let immigrants in.

Are all immigrants animals? Do they deserve to be in the US? As mentioned earlier there are different opinions, but no human should be treated like an animal.No human is an animal because all are the same and no one should be treated differently. Also if a person  treats someone like an animal then they should stop because if someone treated them like that they would say “I don’t care”.But in reality everyone care about what people say but they hide the emotion and that is being a bully. .For example in a video Donald Trump said “We have people coming into the country, or trying to come in — and we’re stopping a lot of them — but we’re taking people out of the country. You wouldn’t believe how bad these people are. These aren’t people. These are animals. And we’re taking them out of the country at a level and at a rate that’s never happened before. And because of the weak laws, they come in fast, we get them, we release them, we get them again, we bring them out. It’s crazy”(Trump). This is trying to say that Trump doesn’t like immigrants and he feels that they are animals but in reality no one is a animal. Also Trump is trying to say that he will try to not let any

Some solutions are that this country should  help the immigrants out by helping them get their papers so they can be residents and not get deported.Also, changing people’s opinions of immigrants.

In conclusion all immigrants should be allowed here because all countries were not owned by any one but one day someone said  this is my land and that’s how it all started.

Miguel,
This is an great topic for your blog. Immigration is such a controversial discussion that most have their own opinions and views. I really liked your theory on how we are all people. All humans should never be called an animal just from where they are from. This world has came a long way with racism. Yet, discrimination still lives on the ground we walk on. The best way to get the word out in a positive matter is exactly what you did. Put your views in the air is fine but when it comes to crossing the line and disrespecting another group that may be different than one is where this society goes wrong. Overall, I enjoyed reading your blog. Great job.

Dear Miguel,
This is definitely an important topic especially with everything going on in the world at the moment. I can relate to this topic because my parents are immigrants and came here to give my siblings and I a better life. My parents have worked so hard to help me get to where I am. I really appreciate how passionate you are about the topic and can tell by your writing. It’s sad to think about how immigrants are treated when we are all human, as you said in your blog. There is a lot of work to be done but I am hoping for the best.
-Aileen

Thank you for sharing an inspiring article on a subject that affects the lives of millions of people – not just in Oakland, but all over the country. I particularly liked your usage of rhetorical questions to drive your point home to your readers when you asked “Are all immigrants animals? Do they deserve to be in the US?” I can clearly tell that you have a grasp on ethos, pathos, and logos, and I think it worked well in persuading your audience.

One thing I think you could do even more is to tap into the logos even further. Give your reader more logical reasons as to the benefits of immigration – how does it improve the economy? How does it positively influence American culture? There’s a wealth of information out there to make your case even more persuasive.

I hope to hear back from what you have to say about this suggestion. You are clearly passionate about this topic, so I know you’ll find something great.

Dear, Miguel
I was excited on reading your blog because the way you are talking about how immigrants are humans too. And how they need to have the same amount of rights as americans in the United States.One thing that I liked about your blog is that how you are able to support others. And something that you wrote is that you were talking about Donald Trump and he said that they are animals and you said that in reality that no one is a animaland I agree with you.Thank you for writing this blog this inspired me to support other immigrants and thank you very much for making this blog.

Dear, Miguel:
I am move by the essay that was wrote “ Change your opinion on immigrants”, because it gave me information about the exact percent of how people feel about immigrants. I also, feel moved by it because what he stated about immigrants was right they should not be treated like animals because they are humans.
One sentence you wrote that stands out for me is: “No human is an animal because all are the same and no one should be treated differently”. I think this is a positive message because people need to know this especially for those that do not like immigrants. I feel like what he expressed gave a clear point the people who are treating immigrants like animals would not want to be treated the same .
Thanks for your writing. I look forward to seeing what you write next, because what you stated out was explained well. I did not have difficulties understanding it because you were so broad about it. You jumped straight to the point and the fact you gave yourself supporting evidence made your writing even more exciting.
-Jamileth Hernandez

Thank you for commenting on my post and talking your time to make a good comment.I like how you used one of my sentences in your comment.I am happy that it moteved you.

I liked reading your blog because it was super interesting and it was very clear that you wanted to make a change. I really liked your first quote a lot because it had statistics and you analized it pretty good as well and I liked the questions you wrote in your second paragraph a great start to a paragraph I think your work is very strong and hope to see more of your work.