Causes of Violent Outbursts in Youth, A Research Paper

Home Causes of Violent Outbursts in Youth, A Research Paper 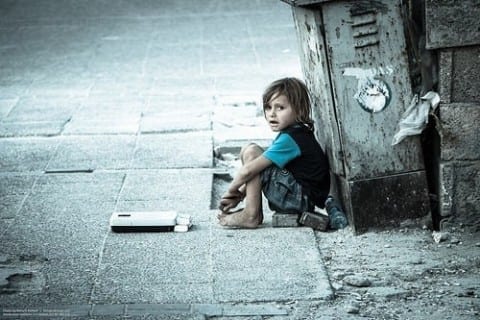 I chose for my research paper topic to study the causes of violent outbursts in youth. I chose this topic because I work as a Promise Prevention Specialist. In my work, myself and other prevention specialists work with highly troubled children. Often they are immigrants, refugees, have experienced homelessness at least once in their lives, or are moving through the foster program. Because of this and a myriad of histories and backgrounds the students I work with have to offer, many are considered to be “troubled”. The most common symptom is this is the seemingly inexplicable outbursts of brief violence that a child in normal development should’ve outgrown already. Many students enter a near tantrum like state, or incommunicable rage, becoming violent for a short period of time, or simply act in a way that contradicts their normal character. Often after this period has ended, many students feel immediate remorse and shame for their actions. Yet, over time, these episodes become repeating, with the students having little control, or will to control themselves. My theory is that student’s act this way because they are reflecting upon social experience/inexperience they have seen or been apart of second hand. This narrows it down to exclusively their interactions with other people, family, friends, and their teachers. I believe this is a more likely explanation than violence in news & media as a causation along with other theories.

The American Encyclopedia of Mental Disorders believes many children experience aggression waves because of a mental disorder known as Intermittent Explosive Disorder (IED), they justify this through their research of abnormal brain growth. According to their studies they found individuals with abnormal brain growth in the serotoninergic system. This is the area that controls seratonin , which in turn controls our inhibition and as well as some of our muscle and motor control. Also, they found that some individuals with IED had lower glucose and blood sugar levels of metabolism than those who didn’t experience systems. They also found some patients had higher amplitudes of brain waves. However, much of their research is still underway but these are the most likely theories at this point. According to The American Journal of Psychology,  causes of aggression may be from a form of PTSD that directly affects undeveloped brains, making youth the most likely hosts of the disorder. After a study of  100 inner city kids of ages 3-18 the scientists found that 59 had experienced trauma as a percipient to PTSD. Of those 59, 39 were young men.  While trauma doesn’t equal PTSD, it can easily develop post trauma. The majority of trauma originated from cases of domestic violence within the household. I think that after reading these two studies, IED and PTSD could easily be present in children with unexplained violent outbursts, and in some cases could help to prove my theory of social experiences to be true, however I need more definitive research.