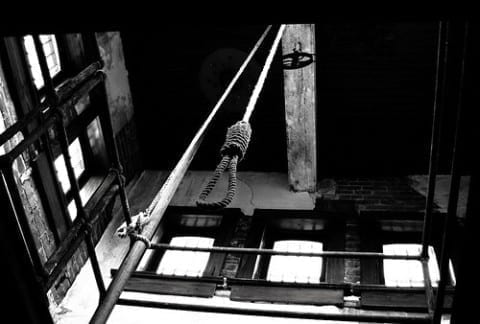 “The death penalty in America is a broken process from start to finish. Death sentences are predicted not by the heinousness of the crime but by the poor quality of the defense lawyers, the race of the accused or the victim, and the county and state in which the crime occurred.”  Capital Punishment is a huge issue even today being that the death penalty is legal eleven states.

Executions began a long time ago mainly occurring in the south, yet still, continue as a method of punishment for a crime committed.  The problems with this sentencing is that goes against the idea of our human right to life.  In many cases, the enforcement fails to consider conditions of criminals that cause them to commit the crime mainly being mental health.  The death penalty is often considered to be less money than keeping a prisoner for a life sentence, however, this actually isn’t true.

Capital punishment is actually very expensive, especially pertaining to some techniques used.  Another big issue would be the “administration of executions is utterly flawed…” It is not uncommon for the executions to actually cause pain and torture even though its promised otherwise.  The death penalty is becoming less common every year, both states and communities throughout the U.S. are becoming more and more against it.  The amount executed as a country is decreasing every year, and soon will possibly be completely abolished.

This is an interesting piece. I am personally against the death penalty and I also see many flaws in the system. I’m a little confused about your quotes. You might want to review citing. In addition, i think you have a great base for strong research paper. I suggest using specific examples to prove your claim. Maybe a specific case that brings to light the problems with the death penalty.

Very good piece; you included outside evidence and sources which adds to credibility. You could consider appealing more to the other side by acknowledging some respectable points

I read one of Coretta Scott King’s anti-death penalty articles and she presents very similar ideas as you do. I recommend you read it. Rather than try to kill killers, we should try to reform them back into society, a solution that’s more moral and doesn’t violate the right to life. The death penalty goes back all the way to the ancient times and has been used everywhere.

Hi Skylar,
Very interesting read. The issue of capital punishment really does have several different factors that need to be accounted for.
Recently I have been reading a book by Sister Helen Prejean, titled Dead Man Walking. The argument she present is against capital punishment, not only citing Catholic Church teachings and morality to justify the sparing of the life of a criminal, but also many, many tangible facts. She delves into different factors that influence whether a person may be convicted as guilty and be placed on Death Row, such as race, flaws in the criminal justice system, and poverty. I would definitely recommend this read if you are looking for some facts.