Can you be Good Without God? Argumentative Research Paper, part 2

Home Can you be Good Without God? Argumentative Research Paper, part 2 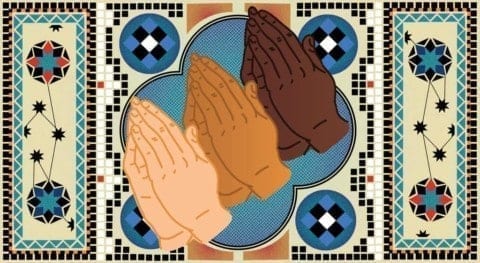 After reading “Secularism and Islam: An Unacknowledged Kinship,” I was able to take away an incredibly strong point that I will be able to use in my argumentative essay. Furthermore, I learned about a number of similar beliefs that Muslims and Secularists hold in common. Along the way, I learned quite a bit about Islam, a religion that I have never known very much about, and it was very interesting to be given a brief history in comparison to secular beliefs.
The most important takeaway from the “Secularism and Islam” that is most relevant to my essay is the fact that Islam believes “in a total divorce between faith and reason.” Muslim philosopher Ibn Hazn said in the 11th century that “God is not bound even by his own word, and that nothing would oblige him to reveal the truth to us.” They believe that He is not bound by his own word, and later on in the article it’s made clear that God is also influenced easily by his passions and desires. By that logic, why should one be left to think that God is the end all know all of reason?

The key argument that I am able to make here is me being able to say that there is a Religion who keeps the divine out of matters of reason. While one might say that the basis of my essay is an argument of morality, I am easily able to say that there is no such thing as a moral judgement without reason and logic behind it. A Christian would argue that faith is married to reason, and the other way around. A Muslim would disagree, and argue that reason and faith must be kept separate. Secularism and Islam coincide when they affirm that there is a very distinct difference between the two entities.

However, the author makes a claim halfway through the article that I don’t agree with at all. The point he is trying to make is that both Muslims and secularists claim that there is no such thing as free will. He argues that Islam claims that God knows and controls everything that is going to happen; “by asserting that what God wants is what he decides and that what he decides is what happens, it leaves no room for human choice either.” Any human action is just a result of what He wants and what He thinks is best for us. He then goes on to claim that an atheist would agree with the outcome, just not the means. He says that an atheist would argue that there is no human free will because every way a human acts is due to an observable cause, and that any other way of acting is considered irrational. By saying this, he is saying that there is a social cause for every action a human performs, and I don’t buy that argument.

While one could make the argument that free will deteriorates with age, I do not think it is fair to say that free will doesn’t exist. You can see babies make free choices every day, to be corrected by their parents. Everyone starts off with their own will, but sure, it definitely gets molded. Furthermore, you could go on to argue that somewhere down the line, there was someone using their own free will to start movements, influence people, or begin a trend.
Although I disagree with the authors later argument, he brings forth a number of good points throughout the entire article, and he does a marvelous job of summarizing the similarities between Islam and secularism. I very much enjoyed hearing some of his arguments, and plan to re-purpose a few of them in my own writing.

Link to “Secularism and Islam” that we can annotate with hypothes.is.