Can we really control guns?

Home Can we really control guns? 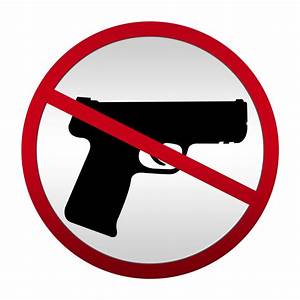 Is gun control really taking away our second amendment rights? I do not think that it does. Gun control should limit the people who buy guns and what type of guns. The second amendment should not be an unlimited right to own guns. There should be more of a limit on what should be sold and used as protection and firearms. On the other handgun control laws do not deter crime of a gun owner. Some of the gun laws that are in place do not help the people that are going to not follow the law and deal with black market dealings.  Gun control is like a balance that can easily be tipped and change the way that people feel their rights might be protected or violated.

There is a large part of the population that believes that their rights might be affected by these changes in gun control. 36-37% of homeowners in America own a gun. 23-36% of adults in America own a gun. 45% of the adults are males, and 15 percent are females. People also have different reasons for having a firearm too. 60% have a weapon for protection, 36% use it for hunting, and 21% use weapons for recreational target shooting. People have different reasons and causes for a weapon and that is their right that they feel like they need a gun to feel safe.

People should not be allowed to own a machine gun or an automatic weapon of any kind that can shoot hundreds of bullets in seconds. There is no need for an ordinary American to own a machine gun that can have the potential to kill many people in a matter of seconds. If people want a weapon for protection or hunting they really only need a rifle or a pistol. People should be able to have the right to protect themselves, and that is given in their second amendment right, but I believe that it is being stretched when people are saying that background checks and the restrictions of automatic weapons is against their second amendment right.

I see what you’re getting at, but machine guns are already illegal. Gun owners can buy accessories to make their semi-auto rifle similar to that of an automatic. The purpose of the second amendment was in case of a tyrannical government, the people will be able to defend themselves. Now the only machine guns people can legally own are ones made prior to the cutoff date in 1986, but those are very expensive, usually in the five figure range, and individually/closely tracked by the ATF.