Can veganism save the planet?

Home Can veganism save the planet? 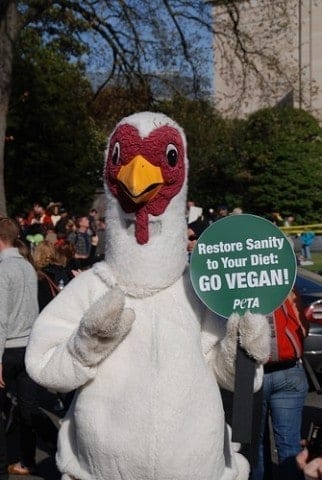 Veganism is a philosophy and way of living which seeks to diminish all forms of abuse and cruelty to animals for food, clothing, and any other purpose. It promotes the use of animal-free alternatives for the benefit of humans, animals, and the environment. I want to prove to you that becoming vegan will not only help human and animal welfare but also helps save our planet.

Most people in society immediately reject the idea of veganism. They usually find it very hard to change their diet and lifestyle and aren’t willing to take the steps necessary to live a vegan life. Although this lifestyle can be hard at first there are actually many benefits to human life. In an article on The Vegan Society, we are introduced to some of the many scientifically proven ways veganism can help your body. Many people grow up thinking meat and dairy products are essential items needed in our diet. However, new research shows that the saturated fat found in items such as meat, dairy, and eggs is very bad for a human to consume. Vegan diets actually lower blood pressure and cholesterol, and in some cases, rates of heart disease, type 2 diabetes and certain types of cancer. If you’re thinking you need dairy, eggs, and meat to live a healthy lifestyle, you’re actually wrong. There are many alternatives for foods such as these, that are proven better for your heath and well being. Although it’s hard to make a step such as veganism when you’ve become so used to your regular diet, it’s definitely worth a shot.

Not only are you helping yourself when you become vegan but also the animals involved. Billions of animals are killed, abused, and placed in captivity for our personal benefit. Animals are living beings seeking life and freedom who’s natural instinct is to avoid harm and danger. In every livestock system animal freedoms and welfare are broken. Even though animals in the wild experience malnutrition, disease, hunger, etc. it is natural in their environments and instinct has allowed them to cope with these obstacles. However in captivity animals are less equipped to deal with these problems because consistent painful mental and physical procedures are carried out each day. In 95% of cases animals in livestock facilities are killed prematurely. For example, cows live over 20 years in proper farms, but in dairy and meat farms they are killed within 3-4 years of age or younger. When someone goes vegan they are giving an animal who would rather be eaten, a chance to live and thrive. According to peta.org, each vegan can save 200 animals a year! It’s important we do our part in saving these beautiful and necessary creatures on our planet.

As animals begin to be saved, surprisingly enough so does our environment! The animal products industry is the number one contributor to climate change. According to CNN.org, emissions from the production of beef and lamb are 250 times higher than those of plant production. A large amount of methane and nitrous oxide (gases that are more than 20-250 times more powerful than carbon dioxide) are generated in livestock-raising activities. In a study published in Nature, by 2050 emissions could be reduced by 80% if people adopted Mediterranean, pescetarian, vegan, and vegetarian diets.

Another astonishing thing about large meat, dairy, and egg facilities is the amount of food and water used to produce these products. 800 million people in the world are dying from malnourishment and hunger a day. An astounding 35% of the world’s grains are fed to livestock. To produce one pound of beef, 2500 gallons of water is used. If we eliminated factory farm facilities we would have a lot of extra food and water that could help our own hunger in the United States and around the world. Not only can becoming vegan help with feeding the hungry but also deforestation issues around the world. About 80% of deforestation in the Amazon is due to cattle raising! Think about how much you can help our growing world thrive!

Next time you decide to cook up that juicy steak, or eat that mouthwatering hamburger I ask you to try something new. It may seem hard at first to change your diet but it is more than possible. We need to make a change for ourselves and the rest of our beautiful world.

Here are some of my links to hypothes.is

Veganism and the environment