Can you spot the difference between real and fake news?

Home Can you spot the difference between real and fake news? 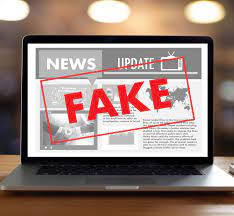 In the article ” Fake News Fooling Millions!” I learned that a fake news site called The Boston Tribune went viral with a story that the government was secretly tracking Americans using computer chips in credit cards. The fake stories are all part of a disturbing trend. Some political analysts say fake news stories spread on social media might have helped tip the election to Donald Trump. Fake news can be hard to identify according to a study at Stanford University most middle-schoolers couldn’t tell the difference between real and fake news. Most of them believed the fake news because there was a photo accompanying it. However, this has been going on for centuries and is called yellow journalism. Experts say it will take a concerted effort by the public and the media to fix the problem of misinformation and slow the spread of fake news.

To identify fake news we must be skeptical, verify that the site is published by a reputable source, and we can always use fact checking sites however if you are young you might want to ask someone older than you for help.