Can Being an American Mean Different Things?

Home Can Being an American Mean Different Things? 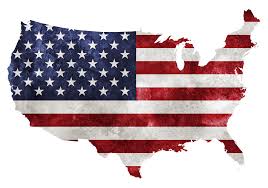 What does America mean to you? This question is one that I’ve heard all of my life, starting early. I don’t think I’ve ever answered this question the same way twice because my opinion is always changing and my knowledge is always growing. My opinion though isn’t the only one; there are millions of others with their own views unique to themselves. That opinion is one of many things we are entitled to as Americans, one part of being an American. But people have different ideas about what it means to be an American too. From my experience there is no one right or wrong answer, everyone is different. Living in America can mean being yourself, fighting for what you believe in, or having opportunities you might not have somewhere else.

In the book Make Your Home Among Strangers by Jennine Capo Crucet, the main character, Lizet, struggles with the balance between duty to her family and duty to herself. Lizet chooses to go away to college in the Northeast far away from Miami and her Cuban family. This decision leads to her feeling trapped between the two cultures. She begins to wonder who she is as a person and who she is as an American. When Lizet returns home from college she finds her family embroiled in an immigration scandal involving a young refugee from Cuba. She doesn’t always understand why her family is so invested in the fate of this little boy but this event helps her figure out how to think for herself and find out what she really believes. Lizet realizes that she doesn’t have to pick a side whether it be family or school or Cuban or American, living in the United States means she can have both.

Being an American today is often based on what it meant to be and American in the past.  In the article “What it Means to Be an American in 2016” by Michael Cooper Jr., history helps give a new meaning to American values and ideals today. Our country was founded on the principles of freedom and equality and has continued to be something that our country can strive towards. No, we have not achieved these goals fully and because of human nature we probably never will. That’s not to discount all of the progress we have made because America is in a much better place than in the past. Although it took a while, slavery was abolished in 1865 and women were given the right to vote in 1920. People fought for what they believed in to make events like those happen. When times were the hardest they got back up and kept fighting because that’s part of being an American (Cooper Jr.).

I mentioned earlier how everyone has a different opinion about America and how to be an American. In “What Being an American Means to Today’s Youth” by George H. Gallup Jr.  it shows how everyone has something different to say by analyzing the results of a survey. One boy said that he liked having opportunities that allowed him to work as hard as he wants or be as lazy as he wants (Gallup Jr.). He has the freedom to be whoever he wants to be and he has the choice to do what he wants. Being an American allows him to have the opportunity to make his own decisions about his future where other people might not be as fortunate.

The United States has long been a beacon of hope, people coming from all over to live  here. They come for opportunity and to be themselves, two integral parts, I would argue, of being an American. But that’s just me, you could have a completely idea of what it means to be an American, and that’s okay because in America we have the freedom to choose.

I loved this post! I think you brought up a good point about how being an American can mean so many different things to different people, and that even that is a part of being an American. I also liked how you mentioned the struggles America has gone through and the goals we continue to strive for without discounting our successes.
As of today, what does being an American mean to you? Why do you think that is? Could you live without some of the things that America harbors and provides?

Great post. I like that you used sources to back up your claim. I understand your point you’re getting across about being an American. It is a really good layout.

I love your sentence “Living in America can mean being yourself, fighting for what you believe in, or having opportunities you might not have somewhere else”. I think that’s so true. Also I agree with you that being an american is different for everyone, it depends on you and your story.

Emilee, I found your post very interesting. Especially the idea about how everyone has a different view and opinion on not only what it means to be an American but what they think are American values. As you said, America is commonly thought of as a country that values freedom and equality, but there are two sides to everything. Our country today is still not completely equal in every way, but we are more so than even fifty years ago. Thank you for posting.

Emilee, I love your post! It caused me to think about how my views have changed over the years, and how other people have influenced it. The book you talk about, Make Your Home Among Strangers, sounds very intriguing as well. It is always a struggle to maintain that balance between family and yourself, and I would love to hear the book’s ideas. I also like how you discuss how equality will never be fully achieved, because it is a harsh reality that we all must face eventually. Thank you for your post.