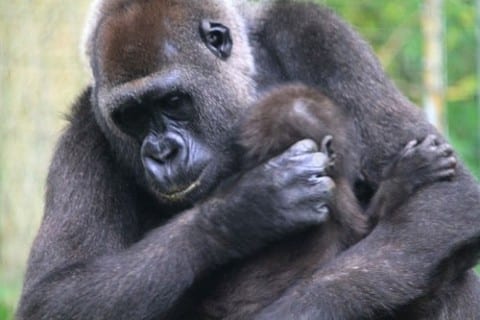 Recently I have began to research if animals can understand complex emotions like humans do. While exploring deep into Gale database I found some answers. According to an article originally published on Newsweek titled, Animal Emotions: Pet owners have long believed their companions loved them back. Scientists once scoffed, but now they’re coming around, animals do in fact experience complex emotions like jealousy, love and grief. This is believable to anyone who owns a pet because of the love we give and hope we receive from the said pet. However, thanks to neurobiology and behavioral sciences we can prove that our pets love us as much as we love them.

The animal found to be the most capable at understanding complex emotions is surprisingly not the chimp, but the dog. Dogs have evolved to be skilled at reading human emotion as well as expressing their own emotions. The four dimensions of canine personality: sociability, affection, emotional stability and competence are  remarkably similar to the four basic categories of human personality found in standard psychological tests. Dogs also have been found to be susceptible to mood lifters like the practice of yoga, or in this case, Doga.

Hi Isa!
I find your topic very interesting. It’s definitely something to wonder about, if animals can feel deep and complex emotions or just simple ones, and maybe even which animals are better at perceiving human emotion than others. My favorite quote was, “The four dimensions of canine personality: sociability, affection, emotional stability and competence are remarkably similar to the four basic categories of human personality found in standard psychological tests” and I’d love to hear more information about that, because I feel like it’s a crucial part of your article, and something people will find fascinating. I have a dog and feel like she can pick up on how I’m feeling. I think it’d be cool and would strengthen your argument if you talked about therapy dogs and how they pick up on moods and emotions of sick and injured people. Check out this article: http://news.nationalgeographic.com/news/2012/12/121221-comfort-dogs-newtown-tragedy-animal-therapy/

Dear Isa,
I am satisfied with your post “Can Animals Understand Complex Emotions?” because as a animal person, I have been asking myself the same question, and looking for answers. One can see the change of emotion in an animals eyes, especially a dog. One thing you said that stands out to me is when you said “Dogs have evolved to be skilled at reading human emotion as well as expressing their own emotions. The four dimensions of canine personality: sociability, affection, emotional stability and competence are remarkably similar to the four basic categories of human personality found in standard psychological tests.” I think this is interesting because it explains how they found it out.

I strongly agree that yes, animals can and will always express emotions. After all they all have a heart and a psychological part just like we do, the only different is that , we can communicate among us and we are only able to understand ourselves. Who knows if in the future we will be able to read the animals’ emotions ?

Isa,
I commented on your earlier post, and now I see, that my wishes were answered and you did write more on this topic. I am very happy to see that dogs are, in fact, capable of complex emotions and that is something I see every day, so there was no doubt in my mind that they could. Thank you for your post!

Extremely gratified to find out that my dog can understand my emotions!

I am in great agreement with your post, “Can animals understand complex emotions?,” because as a person who owns a dog, I have often wondered about this topic as well. I have always thought that my dog seemed particularly perceptive to my emotions and she has often exhibited many human-like traits, so this article was very interesting for me to read.
One sentence you wrote that stands out for me is: “Dogs also have been found to be susceptible to mood lifters like the practice of yoga, or in this case, Doga.” I think this is very coincidental because whenever my dog is happy, she tends to stretch into downward dog position then up to cow position, so it is funny that you mention talk about why dogs do that.
Thanks for your writing. I look forward to seeing what you write next, because I find that your articles are interesting, relatable, and most importantly, enjoyable!