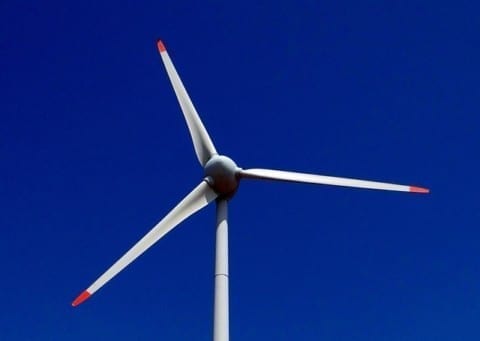 On the topic of alternative energies, one of the most common arguments about why we ought to continue using natural gas, fossil fuels, and otherwise unclean energies is that we do not possess the resources or technology to “make the switch” to clean energy. This is an extremely popular argument by those who work in the industries that produce fossil fuels and natural gases, and thus has become the figurehead for why we ought not to jump right into this clean energy thing. Despite this, evidence to the contrary exists, and the only thing left in the way of swapping to clean energy is that there’s no reason. The impetus on the side favoring clean energy is primarily that global warming is becoming a problem, however if one refuses to believe in the idea that carbon emitters are damaging the environment, there are still reasons why we should switch to clean energy, and the arguments against this can be proven null and void.

The website EcoWatch proposes that we could entirely replace non-renewable energy in the course of three decades, and without delving into the specifics of the transition, that three decades is based on current technology, meaning that if we were to find a more efficient way to produce renewable energy, that time could be cut significantly. Three decades is a conservative estimate, but it is a perfect timeline for those not in favor of replacement. Maclean’s hypothesizes that the world could be out of oil within the next fifty-five years, meaning that without replacement of non-renewables with renewables, we could have an energy crisis in just half a century, which is during most of our lifetimes. That, again, is based on current usage trends, meaning that if we increase our oil usage, that number could significantly decrease.

In the end, the argument boils down to three things: we can, we should, and we have to. All three of these things are demonstrably clear, and the evidence to the contrary is becoming weaker and weaker in an age where there are myriad reasons to promote the switch. If one does believe in global warming, the contemporary evidence gives reason enough. If one does not believe in global warming, but they still want electricity in their homes in half a century, they ought to support the renewable energy switch.

This is a really great post. I agree that this is the time to take action and start using clean energy. I don’t know too much about renewable energy, but we cant go on the way we are and so we need a solution. The information in this post sold me even more by showing just how much better and more efficient it would be. Many places are beginning to make the change and I truly hope we make the switch soon.

Hunter,
While I’m also very hopeful that renewable, clean energy becomes the norm sooner rather than later, realistically I also know that there are basic reasons why it’s growing at a relatively slow rate. The main expense of renewable energy is the up-front infrastructure investment. Wind turbines need to be manufactured, transported, and assembled. Efficient solar panels are much more expensive in the U.S. than other major solar energy producers such as Australia (but are becoming cheaper as technology improves). The electricity production industry is shifting from coal power natural gas, which is much cheaper per watt. While renewables are even cheaper, the up-front cost of creating a system to harness energy with them deters companies that seek to make a large amount of money in a short amount to time. The renewable energy takeover is coming eventually, it just unfortunately won’t happen until our technology improves enough to the point where massive corporations can spend billions to create ways to produce it and pay off those billions quick enough so that they’re better off than investing in natural gas.

Noah,
You are absolutely right! There is an enormous up-front cost, but do keep in mind that this cost is being paid not by the government, whose infrastructure budget is far too low to ever make an alternative energy takeover a reality, but by the energy corporations themselves, whose wallet is plenty thick for making this happen. I personally think a big reason they aren’t dishing out the cash is because it is very profitable to continue producing energy with foreign and domestic oil, and not quite as profitable to build solar and wind plants. What do you think?

Hunter,
I agree that we need to start the switch to clean energy very soon, there is no argument against clean energy because it is the perfect solution. im intrigued about the 30 year switch and I do want to look into that Ecowatch website and see what the transition would look like. I hope our world governments start the switch soon because it will be very bad if they wait till we have an energy crisis.