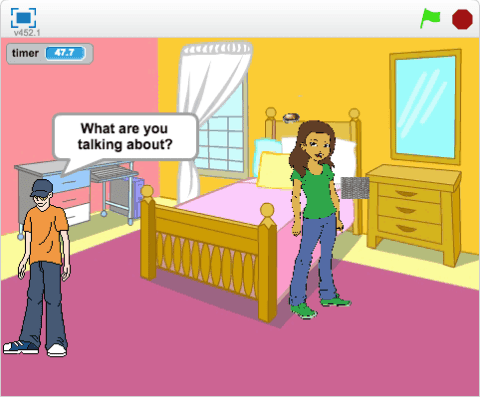 This story talks about how two siblings (brother and sister) that live in poverty. One day three old women asked them if they could come in and rest and the  sister kindly said yes. As a thank you present the old lady gave the sister powers. The sister thought that it was a ll a joke but when she tried them out, it actually worked. She told the brother that she has made pearls by brushing her hair and the brother quickly went to town to sell the pearls. The king stopped right before he was about to enter the store and accused  him of stealing the pearls. What will the brother do now? Will he tell the truth or lie to the king? Watch the animation to find out.

To complete my animation there was a process to do first. At first I had to chose a story that could tell a moral lesson. When I chose Brother and Sister it really didn’t tell a moral lesson so I had to adjust it. I changed the story so that the brother could’ve lied to the king or tell him the truth of his sister having powers. I made my script based around these moral decisions and this is a link to my script so you can look at it.

Based on my script I had to make storyboards. So I got the most significant ideas/parts since their was limited amount of space/cells to fit the story. I made my act 1 with 14 cells which was the most important events that happened. I then made my act 2’s with 10 cells each and that was because they were about the same length each. These was my guideline for making my animation which was the big part. 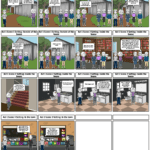 This is the act 1 where the sister receives powers. At the end of this act the moral decision is asked and the reader/watcher gets to decide the outcome. 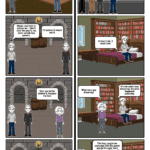 This is my act 2’s which contain the original ending and alternate ending of the story “Brother and Sister”.

This was the guide line of my animation along with everything else. In order to make my animation interactive, I had to use “If the button _ is pressed then” button. I used x to represent the original ending and I used y to represent the alternate ending. I followed my script as much as I could and I made sure that all parts of my storyboard was incorporated into my animation. Both endings was over a minute long which was he requirements.