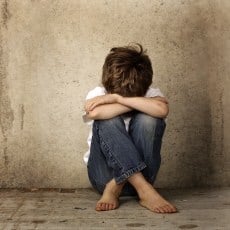 Globally, 8% of boys and 25% of girls under 18 suffer sexual abuse. India is home to the world’s largest number of sexually abused children . One in ten children is sexually abused at any given time. I was shocked when I saw this number. I never thought sexual abuse would be so serious and affect so many people. But, this is only an official number; due to social and cultural pressure, many victims refuse to talk about this. It means that the actual number of victims is larger.

The BBC TV series “Patric Melrose” tells the story of Patric who was raped by his father when he was a child. His father threatened him so that Patric would not tell anyone about this experience. This experience has influenced his entire life. He cannot forget the picture of his father abusing him. He is so afraid of this that, when he thinks of this, he trembles. He uses drugs to forget his fear of his father and the experience. When he was an adult and his father died, he still did not have the courage to tell anyone. When he married, his wife encouraged him to tell his mother about the abuse. He almost cried when he told his mother that he was raped by his father. His mother said, “Me, too.” Moreover, after Patric’s father died, his mother received a letter from a woman who said that she had been abused by Patric’s father. Patric’s mother knows that it is true, but she still pretends to be very shocked and denies his father’s behavior. This exposes a serious issue; when victims are abused by their family members, they may feel ashamed and keep silent.

In some developing countries, children in the countryside live with their grandparents. The grandparents do not know about sexual abuse and, yet, they probably know the sexual abuser. They may keep silent. But, most sexual abusers know that the victims will not report the crime, so they decide to abuse the child. About one-third of abusers are related to the child. If you think a child may have been abused, it’s important to report .This way, abusers will go to jail. This way, we can stop the sexual abuse of children.

The punishment for sexual abuse is lenient: “Hope, also known as Wish, is a South Korean film. The film is based on a true story, the infamous Nayoung Case in 2008, in which an 8-year-old girl, named “Na-young” in the Korean press, was raped and beaten by a drunk 57-year-old man in a public toilet. The court sentenced the man to only 12 years in prison, which caused outrage in the country due to the brutality of the crime and the man’s history of physical and sexual violence” (wiki ref). In China, if someone rapes a girl under 14 and there is little physical damage, then the abuser is sentenced to 3 to 10 years. 3 years…I think this is ridiculous. The psychological damage to this girl is permanent. This may change her life. She will live in fear and she might not trust men anymore.

In China, there is a national project called “Protect Girls.” Project educators go to schools to teach kids which parts of the body other people cannot touch and how to protect themselves. They provide children with protective devices. When children’s private parts are violated, the device says, “You cannot touch me, otherwise you will go to jail”. The project also offers psychological support services to children who have already been abused. Some people from this project are also victims, so they understand the feelings of victims and give them the best help. The project broadcasts TV programs to inform the public about sexual abuse so that we pay more attention to protecting children.

When I saw the percentage of kids who have suffered sextual abuse, I was shocked too. Hope this problem can be solved in the future.

I really appreciate and am moved by this blog post. I never knew that the percentage of children around the world who have to go through sexual abuse was so large. I strongly believe in programs such as the one China has implemented, “Protect Girls”. Projects such as these use tools of education rather than punishment to teach children how to respect those of the opposite gender, verbally and physically. I hope that more countries push to make this type of program compulsory for all of those enrolled in Primary School.