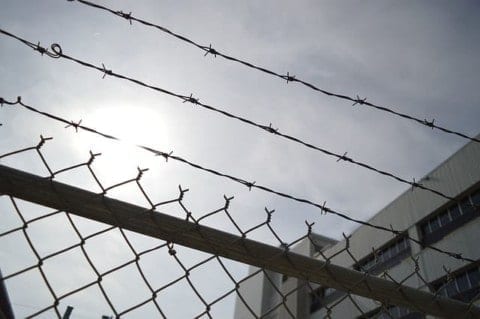 In America, protecting the borders is essential to our homeland security. Freedom has been taken advantage of over the past years and with Trump being president, all of that will change. Controlling what comes in and out of the U.S. is not just an immigration issue, it is a security issue and an economic issue. For example, the Judicial Watch has reported that ISIS has a training camp just 8 miles away from the U.S. border in Chihuahua, Mexico.

Also, there are similar reports of terrorists just outside of our border as well. If you support Hillary Clinton and don’t agree with anything Trump states, I would just like to state that Hillary did ‘once’ want the wall too. “Well look, I voted numerous times when I was a senator to spend money to build a barrier to try to prevent illegal immigrants from coming in,” Hillary stated.

It is very obvious that the need to secure our borders is important. But the previous leaders of our country failed to do so and left a wide range of access for people to come in illegally. There are fences around baseball stadiums for a reason and this is because people must pay to get in. Are those walls and fences symbols of an unwelcoming nation or simple acts of prudence?

This relates to entering the country because people must come in legally in order to earn the ‘freedom card.’ There are many immigrants with visa cards in the U.S. and are waiting for the right to be free. But there is also immigrants in America that are illegal and undocumented- which is not helping our economy by any means. I believe that people must earn their way into America because freedom is such a blessing that should not be taken advantage of.

I agree that illegal immigration is a big problem because if a lot of illegal people enter the country a few problems would occur like crime rates would eventually go up and the economy would be unbalanced.

We definitely need to monitor what comes in and out of our borders because we don’t know which outsiders are coming in as threats. Europe, particularly in France, is facing the problem of terrorist attacks because of letting any outsiders travel freely without close monitoring.

I absolutely agree that illegal immigration is a serious problem in the U.S., and immigrants should not be able to gain entry to the U.S. as easily as they do. Border security must be tighter, but a wall may not be the best solution to the problem. Most immigrants come to the U.S. by air, and the process to immigrate is far too tedious than it should be.

I think this is an interesting article that you have written here, but I have a few problems with it. You talk a lot about how Trump is going to change everything, and how the past leaders of our country haven’t done much for immigration. I just wanna ask, ‘if Trump builds the wall, what’s to still stop people from trying to get over?’ Also you say, “But there is also immigrants in America that are illegal and undocumented- which is not helping our economy by any means.” So are undocumented immigrants just sitting around (clarify this point)? I would argue that many undocumented immigrants do work and have trouble gaining citizenship causing them to stay in hiding.