Book Review: To Your Eternity

Home Book Review: To Your Eternity 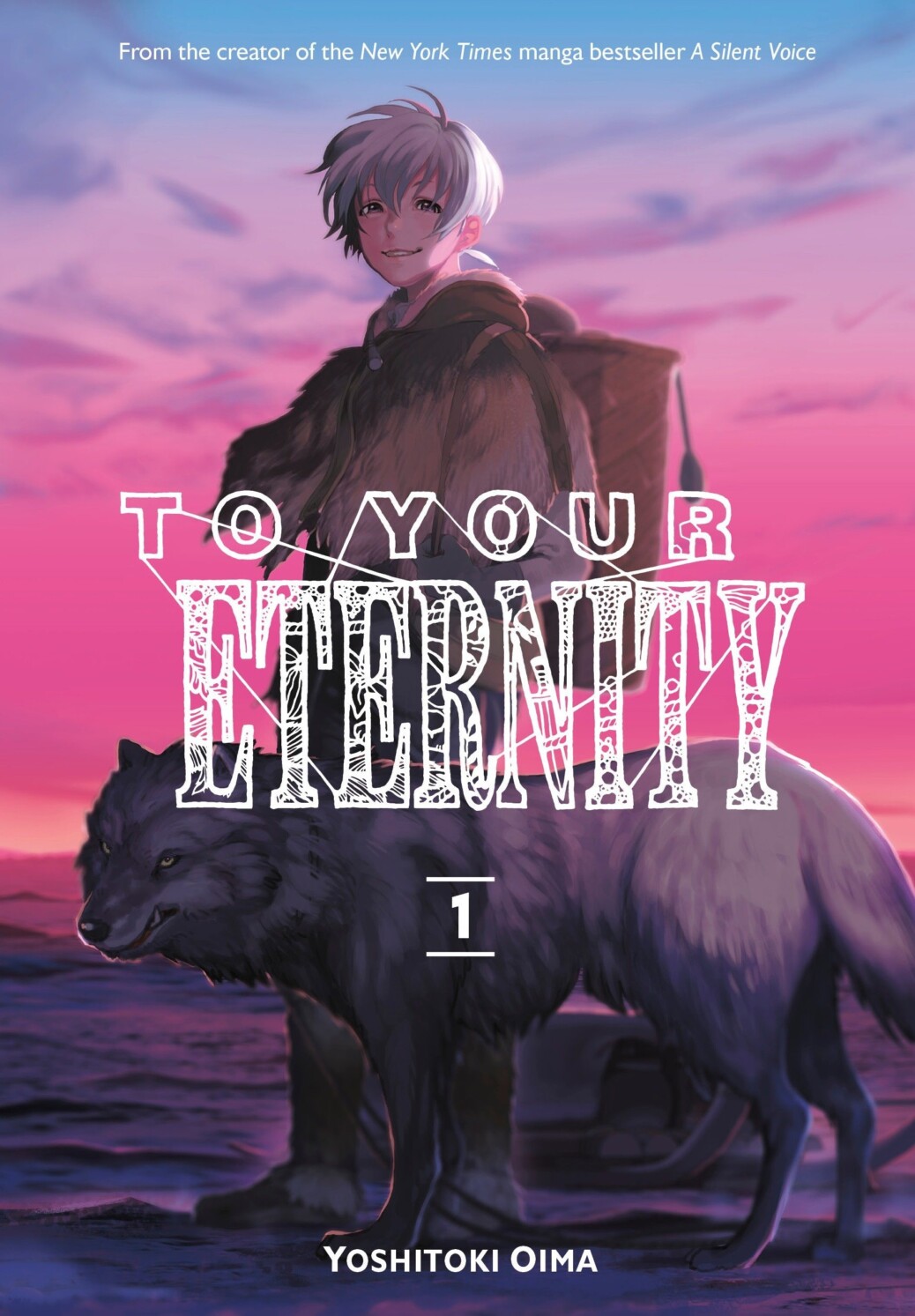 As the renowned author of A Silent Voice, Yoshitoki Oima brings yet another masterpiece to the table. In contrast to her previous work, this title delves more into the future rather than the past.  The fantasy To Your Eternity , originally titled “To You, the Immortal,” is the first graphic novel of 16 volumes, and is currently still ongoing.  If you’re already familiar with Oima’s works, you know that this series will bring you on a rollercoaster of emotions- and not the happy kind, either. To Your Eternity appeared as one of the best Shonen series of 2017 and was awarded at the Japan Expo Awards with the 2018 Best New Series daruma.

The book starts us off with a nameless character- a white orb cast down on to earth, created by a God.  Fushi (meaning immortal), the main character, starts out emotionless but develops a self as he interacts with the world around him.  He first takes the shape of a rock in an arctic-like area and is able to take on the forms of dying animals in his proximity.  The first victim of this series is an arctic wolf.  As it lay down dying, Fushi morphed into the animal.  Through various means, Fushi was able to obtain the body of a young white-haired boy.  Unable to drink or eat, Fushi dies several times before he meets a five year old named March.  This whole ordeal was just the prologue- from here, the story truly begins to flesh out.

To Your Eternity explores what it truly means to be human and explores the bonds that we create with one another.  As Fushi travels, he learns to speak and interact with humans.  The story may seem simple at first, but it also covers darker topics, such as loss of loved ones and mental health.  I believe this is how Oima’s grandmother inspired this piece- Oima wanted to find answers in her death, and wrote this story as a way to explore death and the meaning of life.

This novel really manages to capture emotion and make you attached to the characters, even if you just meet them for a few minutes.  I find the masterfully written characters to be the most beautiful part of the book and its overall theme of life and death. I recommend this book if you’re looking for something to cry to in the middle of the night. Perhaps you may discover a thing or two about life yourself while reading.