Book review of The Time Keeper 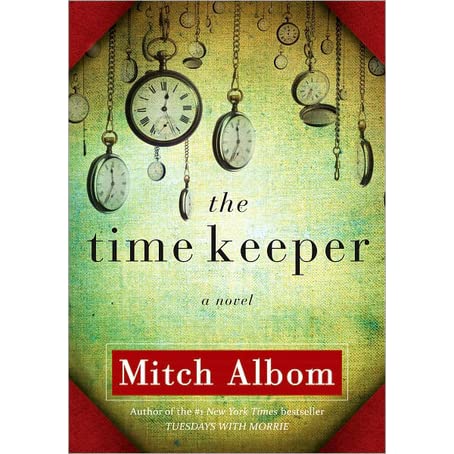 Mitch Albom’s novel The Time Keeper is a journey of the relationship we have with time. The author, Mitch Albom is an accredited sports writer but also works in many other genres and has sold over 39 million of his books. Many of Alboms books take on interesting and unique topics that most authors don’t tend to tackle. In The Time Keeper Albom bridges the concept of time, mainly through the well-known figure of Father Time. You follow three perspectives, Father Time who is known as Dor, a teenager named Sarah Lemon, and an old businessman Victor. You follow their relationship with time and how they are constantly changing what they want from it. I was drawn in by this book. The concept of time and Alboms take and commentary on it was extremely fascinating.

In the beginning, we are introduced to three children that are from a time long before our own. Alli, Dor, and Nim. All of them were extremely different but Dor was one fascinated by a concept that had not been discovered in his time. He would spend his day counting and making contraptions that would track the sunlight and water. We find out later that the concept that he was tracking was time. Soon we switch perspectives to Sarah Lemon who is a teenager and is constantly switching between asking for more time or less time. Similar to Sarah our other character Victor switches for more or less time but not for the same reasons as her. Through the book, you will follow those three’s journeys and how time plays an important role in who they are.

I found this book fascinating. The idea of how time has affected humans more than any other being was startling. We are the only ones who track time so closely with many forms of clocks. Our days revolve around schedules and routines that are highly affected by the ticks of a mechanical hand. Our reliance on knowing what time it is so that we “aren’t late” or “are early”. How we make important decisions and events based on what time it is. Time is a crutch to us and it is something we rely on way too much.

Another concept that I found entrancing in the book is how much we beg for time to move slower and/ or faster. The rate that time moves at never seems to be enough. Whether our life is fast-paced or slow it seems like times speed always is a struggle for people. Begging for more time with a family member or less time in a boring class. We talk to time as if it is a sentient being that can walk on its hamster wheel faster.

Alboms commentary on Time in the form of this multi-perspective novel was enticing. It drew me in with its complex concepts and its use of different ages. I loved how the story followed many people supporting Albom’s idea of how everyone has a crutch on time, from the way it rules over our decision-making, to how we beg it for a different pace.

This book sounds great, I really appreciated how you summed it all up. You gave a good general overview without giving too much of the book away. I think its an interesting idea that time is never satisfactory.