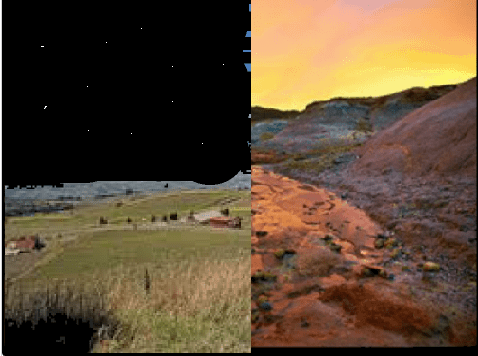 This is a link to Scratch Project. It is about Bob and Gob.

This is my script.

Gob: We need to take over more land. There are too many people here in Mars. Where should we go.

Hodfha: Let me see what Land there is……….. Aah I found a plant called EEE–AAA–RTH

Gob: Ok… Do you think we have a good army to take over EaarTH

Gob: We need a plan

Hodfha: We should attack at night time and we should find A–meri–CA. That is one of the big counties in EaarTH

Gob: Ok we will plan for two week. After that we will take over EaarTh. We will tell

everyone about our plan on the Internet that we will attack so that everyone in Mars will know.

Bob: O No. Mars is planning to attack us.

Obama: How did you find out

Bob: I think they thought that we had no internet.

Obama: ok. We will plan our Army. We will train them to do all they can.

Bob: ok sounds good. I will get more info from the Mars people by hacking.

Gob: Is everyone ready to start practice for the battle with EaarTH

Hodfha: Yes. Our men are ready.

Gob: I only have one rule. We must attack at night.

Hodfha: Yes we are ready to train. All you need to know is that we heard that the people on EaarTh are strong and we need to attack at night.

Jhdfgvbhi: OK I will train everyone.

Jhdfgvbhi: This is how we will attack. We will attack at night. We will train extra hard and remember to aim at your target.

Bob: One more week till they attack

Obama: Stay calm. We will train as usual. We will be just fine. Find a way to get peace with them. We will find out why they are attacking. General Andrew!!

Obama: Just get ready for a war next week.

The Next week night.

Bob: ok let us start protecting the world. I will find out who is the leader of Mars.

Bob is trying to find out who started the war

Bob: Who started this war?

Gob: Who is this human

Bob: Who are you

Gob: I am the leader of Mars. Prepare to die.

Bob: Wait. Why are you attacking. There must be a reason.

Bob: Are you the person who wants to have this war. Why.

Gob: I have so many people in Mars and we need more land so that we can also live. We are also losing money. Now I will kill you. And I will take over CANada

Bob: What if I tell you that we will give you some of the land that you can live in but not take over. We will also give your people land.

Gob: Ok what are we waiting for let us sign a peace treaty

Gob: Stop!! Fighting. We have got the land and we made a new friend. In fact he might be my best friend.

Bob: Ok tell us have contact and we will meet once in awhile.

Gob: ok you are now my friend.

Gob: From now on we will be together

Obama: OK we will always be together. Let us have a party.

They have a party

Obama: Thank you for having peace.

Gob: Thank you for giving us land.

Bob: My name is Bob and my best friend is Obama and Gob

Gob: My best friend’s name is Bob and Obama

Creative Process
1. The first step in this process is to brainstorm ideas about what the story should be about. I liked the idea of alien invasion and friendship.