Blue Zones Versus the United States: How Does Diet Play a Role?

Home Blue Zones Versus the United States: How Does Diet Play a Role? 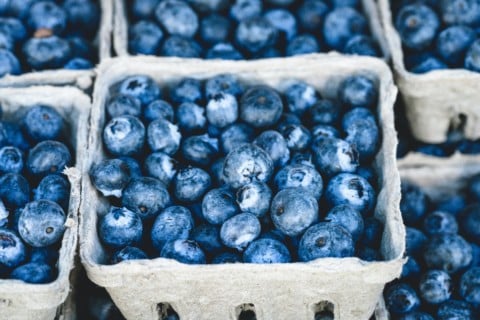 What is a Blue Zone, and is the United States one? Firstly, the term “Blue Zone” is a title developed for places in the world where people live the longest, and currently, there are five of them: Okinawa, Japan; Sardinia, Italy; Nicoya, Costa Rica; Ikaria, Greece, and Loma Linda, California. As an entire country, no, the United States is not a Blue Zone. In fact, “The United States ranks 26th of 35 OECD [Organization for Economic Co-operation and Development] countries for life expectancy, with an average life expectancy of 79 years” (“Comparison with Other Nations”). By delving into the dietary lifestyle of Ikarians and comparing it to the dietary lifestyle of Americans, we can see that this is one reason why members of this Greek island live about eight to ten years longer than Americans do (“A Greek Island’s Ancient Secret”).

Ikarians are credited with eating the “strictest version of the Mediterranean diet in the world,” and this is a diet that primarily consists of “fruits and vegetables, whole grains, beans and legumes, red wine, and olive oil,” all of which are nutrient-dense and high-antioxidant foods (“A Greek Island’s Ancient Secret”). On the contrary, Americans consume a diet that is high in fat, sugar, refined grains, sodium, and saturated fat with a national average for regular produce consumption at 57.7% (“Facts and Statistics”). Both countries’ food choices visibly differ from the other, and it is unquestionable that the dietary choices from Ikarians favor longevity and wellness. To verify this claim, we can analyze the life expectancy from this Blue Zone, and we see that the life expectancy is above 90 years old, a stark contrast to the United States’ life expectancy of 79 years (“Ikarian People”). It is easy to become acclimated and accustomed to following the dietary patterns from one’s own country, but it is fundamentally crucial to examine and reflect on our food choices and recognize that these choices are capable of influencing our health and the duration of our life.

As an American myself, I notice that it is dangerously easy for just about anyone to gorge themselves with takeout and skip the fruits and vegetables and opt for high-sodium french fries because we are given this option on just about every other street corner we drive by. When I was in Switzerland, I remember my parents wrangling to find a McDonald’s to quench the Americanized palettes of both my brother and I, two kids who grimaced at the fresh produce and artisan cheeses on the country’s street corners. An adult now, I have embraced recognizing the importance of what I put on my plate, and I certainly encourage everyone to think about how, perhaps, your own country may have a prevalent influence on your dietary choices, choices that ultimately have an impact on your life expectancy.

Sarah,
I found your post very interesting because I had not realized how unhealthy the American diet truly is, and how it can drastically effect our lives. It’s very concerning that our life expectancy is decreased by such a large amount from our daily diets. 11 years is a very long time, more than a decade, and losing so much time from life is scary.
One thing you said that stands out for me is that when you were in Switzerland as a child, you and your brother were craving fast food. As children, you probably couldn’t understand why the healthy food around you wasn’t satiating and why you had such a strong inclination for fast food. Fast food is designed to leave you always wanting more, and so of course the natural options could not compete with the man-made food.
Your post reminds me of the saying that you are what you eat. Eating healthy foods rewards you because your body can build itself to be healthy. Extra years of life and health is certainly worth missing out on enjoying a good McDonald’s Big Mac for a few minutes.
Thanks for your post. I look forward to seeing what you write next because your posts are very thought provoking!

Sarah,
I really enjoyed your piece about blue zones and how the diet of Americans compares to that of one of the “healthiest” groups of people. Going into this post, I did not know that blue zones existed, nor were a recognized term for where people live the longest. It is interesting to directly compare the normalized American diet to Ikarians and their much more wholesome and nutrient dense meals. Your post makes me think about how the American diet which we have grown up with, is frankly disgusting to other cultures. Your personal story about searching for fast food in Switzerland was eye opening, and as someone who has never traveled out of the United States, it stresses that what we live in is normal to us, but is considered foreign to other nations. It is an interesting concept that places me outside of my comfort zone. Thank you for taking the time to write this post and I look forward to reading further posts from you!

I thoroughly enjoyed this post as I have never heard about Blue Zones. It’s so interesting to see how different cultures place such an emphasis on healthy eating since the US pushes so many unhealthy foods. I love how you incorporated statistics in order to demonstrate how significant diet is to health and life expectancy. Also, your personal anecdote of your time in Switzerland really sheds light on how careless most Americans are with what they put into your body. This post reminds me to eat healthy and to eat clean for the benefit of both myself and for the environment. Again, great post! I look forward to your future work!

I enjoyed reading your post because I have never learned about Blue Zones before and I found the topic really interesting! The inclusion of a variety of statistics was very helpful in comparing the diets of Blue Zones to the diet of Americans. It put into perspective how food is very influential on a culture and lifestyle of a population. I like how you included a personal anecdote to contribute to your discussion. I agree with your post as a whole in that by becoming aware of our own eating habits, we can apply that discipline to our habits outside of our diets. I look forward to seeing what you write next!