Blame the Abuser, Not the Victim

Home Blame the Abuser, Not the Victim 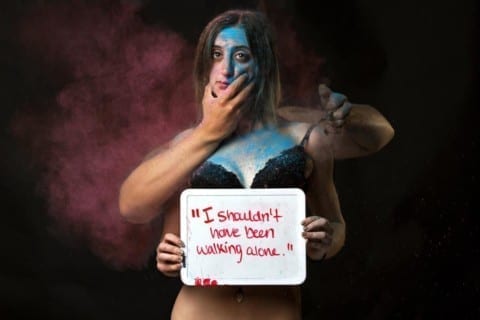 Sexual abusers will have abused roughly one in every three girls and one in every six boys will have by the time these boys and girls have reached eighteen years of age (“Rape Culture,” para 41). It is not easy to control whether or not rapes happen, but it is easy to control how we respond to it. Sadly, many people, either inadvertently or otherwise, blame the victims for the abuse they suffered through. This victim blaming comes in various forms, including implying the victim was asking for trouble by asking what they were wearing, suggesting that the assault was no big deal by asking if the victim had ever had intercourse before, and implying consent by asking why the victim didn’t fight the attacker (Young, paras 3-6). When people hear that an innocent person was harmed, they cannot accept this and choose to think that the victim deserved what happened to them; this is what psychologists call the Just World Hypothesis (Andre et al., para 2).

Time and time again, this coping mechanism of victim blaming proves to be very dangerous for not only the victim’s well-being but that of society as a whole. First and foremost, the victim’s mental health is drastically affected by being blamed for their trauma. According to the psychology professor Robert T. Muller, “Research shows that victim blame has serious consequences for the mental health and recovery of survivors, and has been shown to predict depression, anxiety, and posttraumatic stress” (para 2). When a victim’s experience is invalidated, the victim may feel that reporting what happened would only lead to people placing more blame on them, and then they may refuse to speak up. This leads to the second danger of blaming the victim: the harm it has on society. In a rape trial at Fort Lauderdale, the victim was wearing “a white lace miniskirt, a green tank top, and no underwear” (Andre et al., para 1). The jury decided the rapist was innocent because they believed the woman to have been asking to get raped by the way she was dressed (Andre et al., para 1). This is just one of many incidents where a rapist or abuser is let to roam the streets freely merely because people believed the rape or abuse to have been the victim’s fault. In response to the toxic effects of victim blaming, we as a society should blame rapists and abusers for the rapes and abuses they commit.

Many people think that rape can be a romantic and sexual action. Southern Connecticut State University says, “Sexual assault is a violent act on an individual” (para 42) and that “Unlike animals, humans are capable of controlling how they choose to act on or express sexual urges” (para 49). Therefore, it is unfair and incorrect to say that rape and abuse are acts of passion that abusers cannot control. One argument that is often used to blame the victim is that if the victim didn’t want to be raped, they should have fought back or said “no.” This argument can be disproved by what’s known as tonic immobility. Tonic immobility is a defense that animals use in response to extreme danger, and in a large sample of rape victims, about seventy percent reported symptoms of tonic immobility during the rape (Crist, paras 2-4). Due to tonic immobility, the victim may not have been able to resist the harm that was inflicted on them, so the argument that the victim would have opposed if they didn’t want someone to rape them is invalid. Furthermore, the victims of rape and abuse did not execute the assault, the abuser did.

Many people argue that the best way to respond to sexual assault is to remain neutral, but this is an unhealthy way to approach such a delicate situation. Southern Connecticut State University states, “For some people, it is simply easier to assume that forces beyond their control mete out justice… Taken to the extreme, indifference can result in the institutionalization of injustice” (para 6). This statement means that although being neutral towards sensitive subjects, such as rape, may be more comfortable than choosing sides, it still doesn’t blame the abuser and punish them for their crimes. By not explicitly validating a survivor’s experience, we are implicitly invalidating it and taking sides with the abuser. This action will bring us back to where we started with the problem of victims feeling invalidated and suffering mental illnesses due to this.

There are multiple ways in which we can work to stop the invalidation of experiences of rape and begin to hold abusers accountable for their actions. Firstly, it’s important not to ask questions or state things that could make excuses for the abuser, such as asking if the victim was drinking or if they were out alone at night (Schroeder, para 9). Furthermore, don’t let abusers try to dismiss their actions by saying that it was the fault of the victim, peer pressure, drugs, or alcohol (“Rape Culture,” para 29). By not blaming the incident on the circumstances or the victim, the blame shifts onto the perpetrator. A third thing that people can do is let all victims know that their claims are being taken seriously and then actually take the allegations seriously (“Rape Culture,” para 25). Even if some of these reports aren’t true, by taking each claim seriously, more victims are likely to feel supported and more abusers are likely to be held responsible for their crimes.

Rape is a crime where not only is the incident extremely traumatic but how people react in response to the victim’s experience is traumatic as well. Although we cannot yet stop rapes from happening, we can control our reactions to it. Through blaming the abuses for their crimes, we can eradicate many of the toxic effects of victim blaming.

Schroeder, Michael O. “The Psychological Impact of Victim-Blaming – and How to Stop It.”