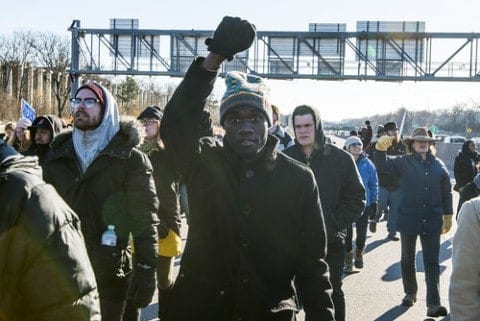 Black lives Matter is a political and social movement originating among African Americans, emphasizing basic human rights and racial equality for black people and campaigning against various forms of racism.During this period, people rallied for social, legal, political and cultural changes to prohibit discrimination and end segregation. Even my principal Tabari Bomani gave us multiple speeches about #BlacklivesMatter and that the goal of the black lives matter movement was to end segregation and secure equal rights for all Americans, no matter what their race or color.

There are many of our black innocent people dying over stupidity. Losing their lives over racist cops that deserve to be locked up behind bars. Not thinking that these innocent people have their families to go home to that loves them. This is a problem to the community. Its starting riots between blacks and cops. People are protesting all over the city.