What if Dick Rowland Could Tell His Side of the Story?

Home What if Dick Rowland Could Tell His Side of the Story? 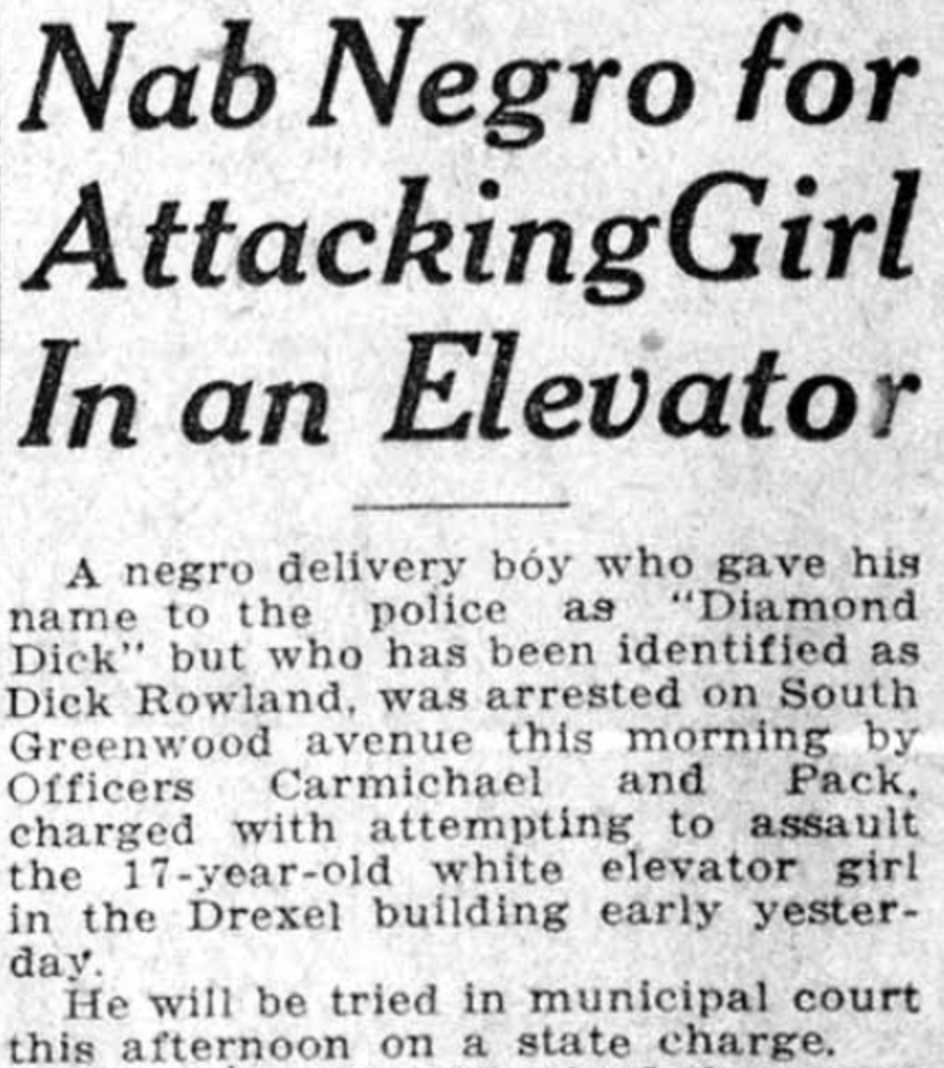 I’m writing to you about the Massacre of the black wall street  Graphic Novel . I am representing the voice of Dick Rowland .

I , Dick Rowland, was accused of assaulting a white woman. I am here to inform you this ruined my reputation because I am a black male and the information was only one sided .

First I would like to say I was detained and beaten. I was scared and devastated ,  in the state of Oklahoma police wanted to silence me and thought I should not be heard because I am a black male. And my version of the story  should be believed. I have a voice to use .

The whole state accused me of assaulting a white woman and when i tried using my only weapon i had to use was my mouth i was silenced by the police they didn’t bother to hear me or even  question . The police just tried to bring the white woman to light . While the police brought the news to light nobody believed me except one person whose name was Dr .  Alicia Odewale. Dr. Odewale was an Assistant professor at the University of Tulsa . She was African American so she knew the struggle and how it was to be labeled as a victim without proof and justice ! Dr. Odewale wanted  to make a change and I continued to help her .

I would like to question the state of Oklahoma,because even though I am colored I have a voice to use. I want to ask should I be able to speak up for what I believe in?

P.S. I know I’m dead, but I would still appreciate it if you write me back.

I am impressed by your piece, “What if Dick Rowland Could Tell His Side of the Story?” because the Tulsa Race Massacre has stuck with me since the first time I learned about it. Simply put, it was very interesting to see someone put themselves in a mindset of Rowland to write a piece that represents how he felt. I really like the way you portrayed the fact that he was unjustly treated by the Oklahoma police.

A sentence you wrote that really resonated with me was, “i tried using my only weapon i had to use was my mouth.” I think this is a really powerful way to describe the injustice that Rowland as well as countless other POC have experienced throughout the history of the United States. Describing a voice as a weapon really pushes two ideas, a pro, and a con. The pro is that you should never feel hopeless because you are always armed with a voice, it simply depends on how you communicate. The con however is that this weapon requires others to take up their own weapon to be most effective; though this may also be seen as a positive seeing as it sheds light on the idea that strength in numbers makes anything possible.

Thanks for your writing. I look forward to seeing what you write next because from reading this, it is clear to me that you have a creative, but just voice. Seeing that people acknowledge injustice and use that terrible history to create creative pieces like yours to send a message is very encouraging; makes me think that hopefully more people will remember that acknowledging the injustices that occurred in our history will help us fight injustice today.

I liked how deeply she portrayed the voice of Dick Rowland and how it was to be a black man and not be heard. I also like the connections she made of what the state/ white mobs thought of the situation, and differing theirs from her point of view. I like how she made it more about her point of view(Dick Rowland) but still connected it to how society viewed it and how they were wrong. I also liked how she connected to the person who did believe her. This was very powerful! I also liked the ending when she asked she should be able to speak up about what she believed in because it make me connect back to him not having a voice and how they immediately believed the white woman and did the massacre. And how even though he is black, his voice still matters! And how we as African-American people matter and what we believe in also matters.