Bilingualism: The Key to Worldly Communication 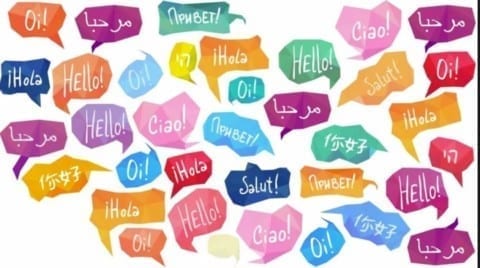 As the world continuously becomes more interdependent, people are striving for a way to connect and learn from other cultures and languages. Proficiency in another language is a vital skill that gives one access to countless opportunities. It allows one to connect and engage with the world around them in a more meaningful manner. As citizens of a verbally focused society, it is important that we continue to improve our communication and language skills in order to better connect with others.

The benefits of knowing multiple languages are immense and contribute to the work of the restoration within cultures to support their languages. Numerous languages are abolished everyday and, “At the current rate, half our languages will be extinct by the end of the century” (Vince). Around the world nearly 6,000 languages are spoken; however, as people become more focused on themselves and their country, many of them are not being used. However, with the commitment of people to ensure the preservation of these languages, they can be saved and individuals can reap the benefits of bilingualism. For example, “Bilinguals have the unique opportunity to communicate with a wider range of people in their personal and professional lives” (“10 Benefits of Learning a Second Language). The knowledge of multiple languages gives individuals the opportunity to make deeper connections with others and have the freedom to communicate with those who speak another language. It allows for additional opportunities within the workplace and competitive advantages that distinguish people from monolingual speakers. Furthermore, “Language is the most direct connection to other cultures” (“10 Benefits of Learning a Second Language”). The ability to speak another language exposes us to new experiences and promotes an appreciation for other cultures and traditions. It directly impacts our knowledge of the world and relationships with others. Additionally, knowledge of another language stimulates one’s brain and gives them improved memory, concentration, and problem-solving skills. The capability to speak another language has numerous benefits and allows individuals to connect with others.