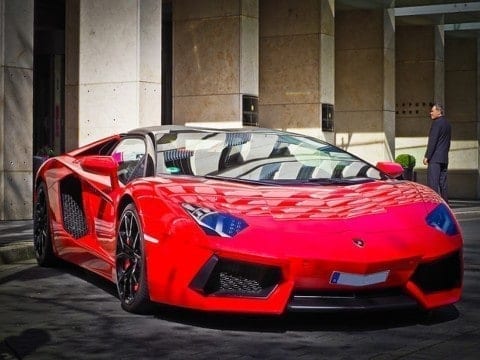 I am Oscar Herrera. The most important thing about me is that I am very dedicated when I want or need something done; also, that I have a big heart and care a lot about others. I was born on October 10th, 2001. I have lived in the Bronx my whole life. I was born and raised in the Bronx a few blocks away from Pulse High School. In school I like to do math – it is my best subject – and outside of school I like to play soccer and play video games. I am good at math and I got this way because when I was younger my mom told me I learned how to count very quickly and that math was very easy for me in second grade and math has always been easy when I paid attention. My plans in the future are to be a car mechanic and to be able to own a business and some cool expensive cars to fix, like Lambos and Ferraris and stuff.

I didn’t immigrate but my parents did and that impacted my life because the reason they came to the U.S was so my siblings and I would be someone in life and be successful and have a wealthy life and not have to struggle like they did to have a little bit of money in their pockets or to be stable. They were positive changes because my parents told me that back in Mexico in their little town they were poor and couldn’t afford to buy books and book bags and stuff to go to school, so they would work to have money. They started working at the age of 12. I feel good about being able to speak two languages and they are English as my first and Spanish as my second my Spanish isn’t great and isn’t my first because my parents learned a little English and would talk to us in English as kids. My parents emigrated from Mexico to the U.S and they came straight to New York. Everyone in my neighborhood are immigrants and we all get along and hang out a lot sometimes in front of our buildings do barbecues and stuff, but it’s good because since the president is an a**hole we all come together and we unite to show we aren’t bad people. I could say that my life is good and that I appreciate every immigrant because most them are all hard working and are dedicated to keeping their family stable and have themhappy and want them successfully. I could say that I got off easy because I wouldn’t want to be working hard for a little bit of money at the age of 12 like most of them did, and have to travel in different ways to get here is also hard.

An incident that I thought was an injustice was that my friends were playing in a soccer tournament and he got kicked out of the team because he was too good but other teams would complain and lie saying that he was too old and that he wasn’t a clean player. This was at the park on 161st Street.It was a tournament during the finals. My whole team, including me, and the other team got involved and we were all arguing because it wasn’t fair: my friend was the correct age of the league and he was always getting fouled because they couldn’t take the ball away, but he never cared and kept playing. It was unfair because the league kicked him out without even asking for his age or without asking him to see if he was actually playing dirty. The league’s age was 14-15 he was 14 and a half and the other team would always foul him and kick him he would even have bruises on his leg.

Dear Oscar,I am interested your post,”Big Heart” because the story you telling and the reason why your parent immigrant that’s also what happen to a lot other people.One sentence you wrote that stands out for me is”My plans in the future are to be a car mechanic and to be able to own a business and some cool expensive cars to fix, like Lambos and Ferraris and stuff.”I think this is a amazing plan because that’s something I also want to try.This reminds me of an experience I had once that I saw a Lambos on the street and I think what if I could fix the car or drive the car.Thanks for writing I look forward to seeing what you write next,because I want learn more about your life and what you do to make up your plan.

Hi Oscar,I really liked when you talk about your life and how passionate you look about it. I thought it was very good and I enjoyed seeing things like the dreams of your life and how you want to fight against the bad things that are being done in the United States so that life is fair to all. I am also impressed with how you talk about your personal life for people to read. Many people would be worried about saying information about their parents more when they are immigrants. I loved your story.

I really liked how much you went into your life and how passionate you seem about it. Overall i thought it was very good and enjoyed seeing things like your life dreams and how you want to fight against the bad being done in America to make life fair for everyone. I am also impressed how you weren’t scared to just let all your emotions and personal info out for people to read. Many people would be worried to say information about their parents and specific days in your life. GJ

my name is rafael i am very related to this being a person whos from another place they come to america and work hard to make sure the kids dont go to the same things they been before in life. i like it good work!