Big Cats Are Not Big Pets 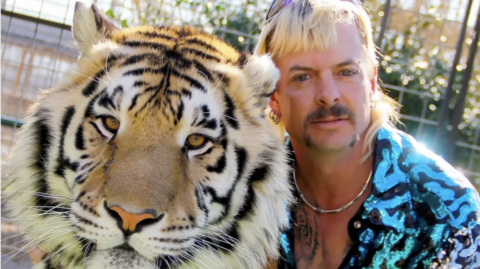 Oh what a time we are living in. Pandemics, earthquakes, plagues of locusts, and documentaries about murderous rednecks with abnormal pets have taken the planet by storm. Recently Netflix has released a documentary series titled Tiger King, that revolves around the world of the big cat industry in the southern United States. As someone who knew nothing about the affairs of private zoos, this brought many topics into question for me personally. Although the series covers a variety of debate topics including; the relationship of private zoos and the illegal drug trade, murder for hire, the affectiveness of murder investigation, polygamy, and non-religiously affiliated cults, today I will only be looking into the topic of the legality of privatley owned endangered and exotic animals.

Federalism has cause some conflicts between national and state laws for years over many topics including; education, madicinal marijuanna, and you guessed it, privately owned exotic animals. Because this issue is not specifically stated in the constitution and has not been stated as an enumerated power of congress, laws surrounding ownership of crazy critters is deamed a states issue. This means laws vary from state to state. Many states have passed laws benning the breeding and distribution of these types of animals and many require permits, or other reulatios. However, several states have no regulations on this including Nevada, Alabama, and North Carolina. Here you can see a map of the states and their laws.

This is how states deal with the issue but is it even ethical? Many people on the pro-big-pet side state that the breeding of exotic animals is saving the species, and that the ownership of them is educational. Someeven argue it is a first amendment right to own these creatures. People against have much more emotional arguments. PETA says that, “In the hands of unprepared or incompetent caretakers, many exotic animals die or are abandoned.” which is true, many people who own these creatues have no idea what they are getting into. For example, in 2011 a man let over 50 of his exotic pets lose on an ohio town before commiting suicide. According to the New York Post the, “Sheriff’s deputies [were forced to shoot] nearly 50 wild animals.” These animals don’t belong in cages or in human hands. The issue of exotic pet ownership shouldn’t be a topic of debate because the bottom line is, they don’t belong around humans and they don’t belong in cages.