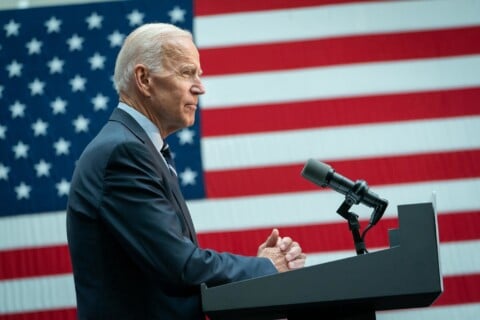 The article I read about is ¨Biden introduces immigration plan¨ what I learned was that congressional Democrats have released a bill that very closely aligns with that plan. It’s called the U.S. Citizenship Act of 2021, and it provides a “fast track” to citizenship for roughly 11 million undocumented people living in the United States. This includes undocumented farmworkers, refugees, and “Dreamers” If the bill passes Congress, how will this new path to citizenship work? Undocumented individuals will need to apply for temporary legal status. This temporary status lasts for five years. During that time, if they pass criminal background checks and pay their taxes, they will be able to apply for a green card. Then, after three additional years and more background checks, they can apply to become U.S. citizens.

What I learned was that the bill will prioritize keeping families together by making reunification easier.  But the new bill addresses that by eliminating several barriers, such as long wait times and caps on the number of visas by country. It also broadens the definition of family by including same-sex partnerships. The bill also provides funding for advanced technology to be used at the border, such as high-tech scanners to identify narcotics. It will also provide funding to strengthen and improve the border patrol’s ability to identify illegal activity. Many argue that the undocumented residents will be bad for the economy, others believe the opposite, what do you think?.

Dear, Maria
I am impressed by your post ¨Bidens immigration plan” because everyone that lives in the United States should know that this plan actually exists to help immigrants. It’s also important because families are going to be together and not be taken away from their families.

One sentence that stands out to me is that ¨Then, after three additional years and more background checks, they can apply to become U.S. citizens.¨ I think this is awesome because immigrants could finally be living the American dream.

Thank you for sharing this wonderful piece of writing
-Jonathan Alcantar

Dear Maria:
﻿
I am fascinated by your post, “Biden immigration plan,” because I think it is important to know about what the president is doing for immigrants. And it’s great for them because they can have a green card if they are not in trouble and think like that. I think the president is trying to show us and he is trying to show us what he is doing for the community of immigrants.

One sentence you wrote that stands out for me is: “The bill will prioritize keeping families together by making reunification easier.” I think this is awesome because many families are going to be together. And there’s going to be less separations in families and they can have good things for the people they love.

Thank you for your writing. I look forward to seeing what you write next, because it’s interesting to know about what the president is doing. And how immigrants can have a green card and they can stay with their families, all together.