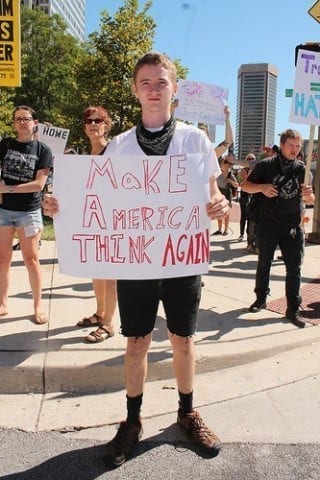 After my research proposal, I have begun actual research. On the gale database, I found two very informative articles. The first article is a rundown of immigration history in the United States. In Immigration and Immigrants, the article begins with the very first immigration policy which prohibited immigration of prostitutes and convicts. It also required that Asians get consent to enter the United States. This marks the very beginning of discriminatory policies against immigrants. It shows that there was an anti-immigration sentiment against Asians from the beginning. Although there has been progress. After World War 2, there was support for human rights including demands for refugee admission. As time progressed, the United States has created quota systems that allow for less bias in their policies. This article simply shows that the history of immigration policies has always had a slight racial bias.

The second article, Illegal Immigration Is Not Increasing Crime Rates, shows what type of racial bias is present and how we can dispel this bias with the facts. The article goes over how many Americans believe immigrants are dangerous people and that is why we shouldn’t let them in. We find out in this article that in fact white men are five times as likely to be incarcerated than immigrants. This shows how Americans have no real reason for disliking immigrants. Many anti-immigration groups have no data to back up their claims, but with so many false claims, the public has begun to go along with these longheld misconceptions. This article shows just one way the United States has a bias towards immigrants and hence how it can affect policies. I am excited to find out more and hope to uncover the bias within immigration policies.

I think this is a good start into your research. I was a little shocked by the fact that white men are 5 times as likely to be incarcerated than immigrants. The media may just emphasizes the incarceration rate of minorities more, so it could lead people to think that there are not as many white people incarcerated. I would clarify that fact a little bit more so people don’t get confused.

CNN and the American Immigration Council says, “According to an original analysis of data from the 2010 American Community Survey (ACS) conducted by the authors of this report, roughly 1.6 percent of immigrant males age 18-39 are incarcerated, compared to 3.3 percent of the native-born. This disparity in incarceration rates has existed for decades, as evidenced by data from the 1980, 1990, and 2000 decennial censuses. In each of those years, the incarceration rates of the native-born were anywhere from two to five times higher than that of immigrants.” So 5x might be on the high side but it is not without fact.

First I think it is important to acknowledge validities in arguments for the other side, because it sounds ignorant saying everything from the other side has no evidence and is a false claim. This is just a general rule for argumentation. Also, the stat that says white people are five times more likely to be incarcerated sounds very off the wall to me as over 50% of our inmates are minorities. This leads me to doubt this source greatly, I would not use that fact unless you find another source that backs it up.