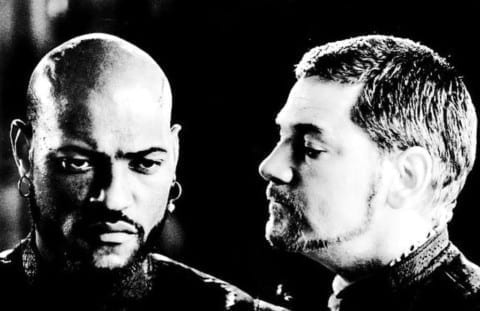 This is my best analysis of Othello.

“Her honor is an essence that’s not seen, they have it very oft that have it not, but for the handkerchief by heaven, I would most gladly have forgot it, though said o, it comes o’er my memory, as doth the raven o’er the infection house, boding to all he had my handkerchief”( Act 4, 1. Line 19-24).   The phase “but the handkerchief by heaven” refers to the gift from his mother showing her love to othello, it also connect to his wife he also give it to her as a present. This means that the handkerchief is presenting the symbol love of his mom to othello and othello to his wife. By using the words heaven it suggest something all white, clean, pure, etc. The phase my memory refers to the handkerchief giving to his wife and when she lose it. Othello was really mad because he saw the handkerchief from Cassio hands wiping his tears with, but he was giving to Desdemona to show his love.
“Lie with her! Lie on her! We say lie on her, when they belie her. Lie with her! Zounds, that’s fulsome! Handkerchief confessions handkerchief! To confess and be hanged for his labor first, to be hanged, and then to confess. I tremble at it. Nature would not invest herself in such shadowing passion without some instruction. It is not words that shakes me thus. Pish! Noses, ears, and Lips. Is’t possible? Confess? Handkerchief? O devil! He falls down in a trance”(Act 4, Line 43-51). The phase “lie with her” refers to Desdemona when othello think that she was sleeping with cassio because he saw cassio with the handkerchief wiping his tears with the handkerchief. This mean it that it show othello jealousy of cassio and of him getting mad at desdemona. The phase Lie is irony but cassio is not lying with desdemona, but iago is lying. That words lie is confusing it means two things which connect to othello appearances vs reality. The phase “he falls down in a trace refers to othello he was so jealous that he has a seizure. This is important because it shows how mad othello is. “Shadowing passion” refers to desdemona that she is lying that she is cheating on him, by using the word shadowing means that desdemona don’t want to show what she been doing. From the feminist lens that women it’s been emotional.