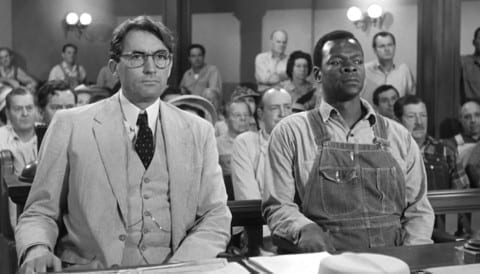 The book “To Kill A Mockingbird” is a great book. While BI was reading it I had in my mind that kids have a really big mind of adventure and would do anything to have fun. For example when Scout, Jem and Dill rolled Scout over to Boo Radley’s house in the tire it seemed like a lot of fun but the kids and Dill’s aunt say that the house is dangerous and that Boo is a bad person and the reason being is because he was in jail and they also say that he stabbed his dad with scissors.

The first 28 pages of “To Kill A Mockingbird” by Harper Lee might leave the reader frustrated and irritated at Mr. Ewell because of his nasty, racist and rude comments and tone. He was acting this way towards atticus because he is a lawyer and has to defend the black man who supposedly raped and abused his daughter. On page 21 lines 307 and line 309 it says “EWELL. Cap’n, I. . . I’m real sorry they picked you to defend that nigger that raped my Mayella. I don’t know why I didn’t kill him myself instead of goin’ for the sheriff. That would have saved you and the sheriff and the taxpayers a lot of trouble…Hey, Cap’n, somebody told me just now that they thought you believed Tom Robinson’s story agin ours. Do you know what I said? I said you’re wrong, man . . . you’re clear wrong. Mr. Finch ain’t takin’ his story agin ours.” This shows how rude and how racist he was being and this would leave someone frustrated and irritated because this isn’t very polite and hearing disgusting and bad things like this always frustrates me because everyone is equal and no one deserves to be called and disrespected in this way and also the way he is acting towards atticus is very rude and he’s acting this way toward a good guy and he shouldn’t be acting this way towards him because all he’s doing is his job.

So far the plot in ‘To Kill A Mockingbird” could remind a reader about past things that have happened on the news. What happened was that a guy was sentenced for a death penalty for “being black”. And this relates to the script of “To Kill A Mockingbird” because Mr. Ewell is trying to send this black man to court because he was black and because he didn’t want his family to look bad because of what really happened. In the website https://deathpenaltyinfo.org/node/7067 it would pop up a article about a guy who was sentenced for “being black” and the jury was a racist person who called the guy a “ni**er” and also asked “if black people even have souls.”

These events are leading to a situation later in the book. So in the book Atticus is going to  defend a black man called Tom Robinson because Mr. Ewell is racist and because he doesn’t want the people to know the truth he also is always calling Mr. Robinson a ni**er and is always disrespecting him.

I’m right there with you in your experience with that book. I too was taken aback by just how cruel the culture that Harper Lee portrays was. While it is a story of heroism, the “bad guy” in it lives on today in quiet corners of this country. You draw attention to that, and make it clear that a problem is never really gone, but rather ebbs and flows as time’s arrow marches forward.

Oscar,
To Kill a Mockingbird is most definitely a great piece of literature. The themes of racism, family, and justice work to give social commentary of the racism that was pervasive during the time. I like how you discuss the reader’s attitude towards the story, because the book was written with the intent of making the reader question the derogatory practices prevalent in the real world.

I really like how you described and told the book. I have never read the book, but this gave me a little overview of what to expect if I was ever to read it. I think it is interesting how they treat black people here specifically. One thing maybe to help that comment that you made would be to compare how it was before to how they are treated today. I really liked though that you made a reference to a death penalty that was laced upon an African American for just being “black”. But, overall, you did a really good job.

Oscar, I really liked how you did an in-depth analysis of How to Kill a Mockingbird. I agree with your frustrations early on in the book. It’s really hard reading a book with racism and sexism in the modern era. It feels horrible reading disgusting things said or done to people of color. I look forward to reading your other analyzes of the book!

DEAR OSCAR,
you’ve well explained the whole point of this section of the story according to your title. There are lots of ways on how being a different color would make a person feel left out. According to “being black” a black person is nothing compared to a white person. I’m sure You’ve made any who read this understand exactly what the story is saying. In the story Mr.Ewell is a total coward and a liar. according to this story it states,f “To Kill A Mockingbird” by Harper Lee might leave the reader frustrated and irritated at Mr. Ewell because of his nasty, racist and rude comments and tone. this shows how racist Ewell was. I love the way you even supported your claim with relevant facts from the actual story. most people who read this will feel great since this is an understanding story to read.

I like how you talked about the reader’s assumptions and then gave information to back it up. Great job!