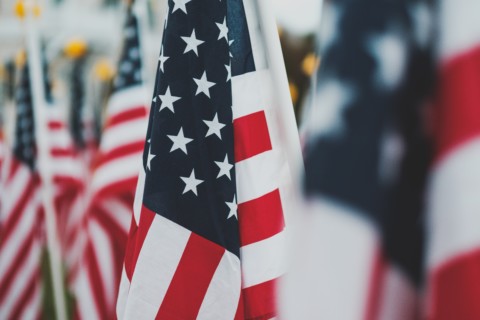 The meaning of being American means so many different things to so many different people and to every single person it means something different. To me personally being American means having freedom of speech and being able to protest for what you believe is right. It’s equality of people so that one gender or race isn’t below another which we still need to improve but it’s getting there. Being American is being able to vote for everything from who the next president will be to if your city is going to get a new sewer system. It also means having friends and family there to support you in any way you need. It means that you can be anything you want to be no matter your background If you work for it. In the article Superman and Me the author Alexie Sherman was from a low-income household and his family lived paycheck to paycheck. He and his family were Spokane Indians, and Indian children were expected to be “Stupid” and most of them gave into that expectation in the classroom but then outside of the classroom they were themselves and they could do many of the things they couldn’t in the classroom. Alexie refused to fail and be “Stupid” so he read everything from newspapers to books and he worked hard to learn so he could achieve what he wanted and originally he wanted to be a pediatrician but then he became an accomplished writer (Superman and me). Alexie was able to do that because he worked hard for what he wanted and he didn’t let his background, expectations, or anything else get in his way. Being American also means that even if you weren’t born an American you can still be an American. Being American doesn’t put you in a box of what you have to be or what you can and can’t do. Being American lets you be whoever you want to be, you could be a doctor or a plumber or even a cosmetologist If you worked hard enough for it. Being American lets you have the opportunity to have your own personal American Dream. My great grandmother Johanna Pouls experienced the American dream and she worked hard for it, she came to the United States at the age of 19 from what was Chechslyvakia at the time in 1926. She was the last out of her family to come over before her were her siblings and some cousins. Before she came over she lived in a war zone during WWI and after she came over to the US she met my great grandfather and they got married. She worked as a maid and she also was a cook in the hospital my great grandfather was a milkman. While they lived here they had three children Mathew, Sandy, and my grandpa, Jim and they worked really hard to get where they did and if they didn’t they wouldn’t have achieved their version of the great American dream (Scott Pouls).

Being American means so many things, but one of the most important things is that you have a world of opportunities waiting for you if you work for them. You can create your own personal American dream with those opportunities and it doesn’t matter where you came from or what your background is.

I agree with what you wrote Holly. Being American means so many things for everyone, its different for each and everyone one of us. I included a lot of this in my essay too I thought it was a big point that was needed. Your essay is really well done, good work!

Holly,
I agree with the values that you talked about in your writing. I also used a personal example about my family in my writing, because they came over from Germany. How you say that anyone can be an American even if they aren’t born here is important. I think you should look into how the American dream is something that is difficult for many people of color, because they can be put at different disadvantages. This is well written and thank you for your writing!

I very much agree with you and how being an American can mean different things to may different people. I liked how you used an article for a source as well as using a personal example. Your whole writing was really well done!