The Meaning Behind The Protest Signs

Home The Meaning Behind The Protest Signs 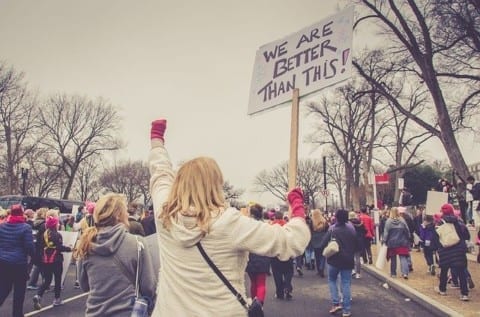 When I first see in this image, I see is a group of woman’s protesting not a man in sight, I see the signs which say “Woman of the World Unite”. Makes me believe they are fighting for their rights, What i think they are protesting for is equality. Over the years women have fought for equality over decades. Fact in 1920 was when woman could first vote due to the 19th amendment which stated “The right of citizens of the United States to vote shall not be denied or abridged by the United State or by any State on account of sex”.