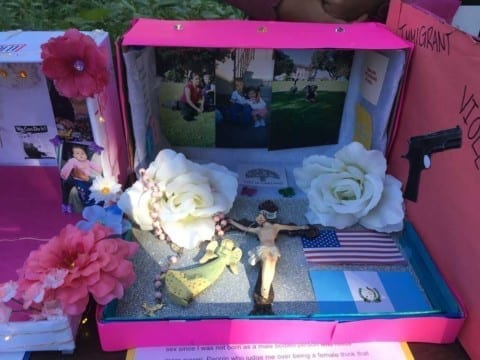 Many people may believe that I am a female who lacks strength and can’t be dependent for myself just because of my sex since I was not born as a male bodied person who holds more power. People who judge me over being a female think that I only care about my looks in order to fit into society’s expectations. A second thing that people may assume about me is that the city where I live is very dangerous and because of that I will turn out to be a criminal who is only doing bad things throughout their lifetime. The last assumption that gets assumed about me is that most people think I am Mexican because I speak spanish. Also, the reason why they think I’m Mexican is because there are many people that identify their ethnicity as Mexican so then they don’t ask you where you’re from but just assume that they are right. There are so many dominant narratives in the world that try to tell their “truth” which is basically assumptions they make based off of what they see and not real experiences. Dominant narratives are often written and told by people who have a lot of privilege because they think that it’s more important for people to hear them instead of others who actually can say real things that are not based off of judgment. This shadow box that I have created represents my true identities which are the counter narratives that explain a real story about my life. I have chosen to include the flags from where I’m from, religious objects, empowering quotes, and pictures of myself because these all tell you a story of who I am and how it proves all of the dominant narratives wrong. Most of these objects represent my assigned identities because they are the ones I was given and not what I chose for myself. I see myself as a hardworking successful female who many think I am not capable of obtaining. Living in Oakland does not make me become dangerous since I’m choosing a good path for myself to follow. My race is something I am not ashamed of because we are in fact really good people and my ethnicity which is being Guatemalan is something I’m proud of being. These stereotypes in the world don’t represent me because they are all false and won’t make me give up on who I really am.

My name is Jessica and I am a SJSU student. I wanted to let you know that I really like your shadow box! I really like how you were very creative on your shadow box and how you put quotes, your religious beliefs, culture, ethnicity, and pictures of yourself. I also really like how you explained that society always look down on us because we are female. I just think that it is unfair because if we are male or female we are all equal because we are all human. I can connect with you because I am a Latina female myself and I am religious too. Overall I found your shadow box very interesting, powerful and creative! Keep it up and continue succeeding because you can do it and don’t let anyone put you down just because you’re female!!!

Dear Beatriz,
It is great that you are not conforming to what society expects of you! As a Latin woman myself, I can completely relate to the fact that we are seen as less than simply because of where we come from and the sex we are born with. Being only in high school and already having a strong definition of who you are is already a step in the right direction for your future goals. Wish you the best!

dear beatriz I like your shadow box and it shows how u are really into catholicism and how your religious and have pride in yourself sincerely,anthony