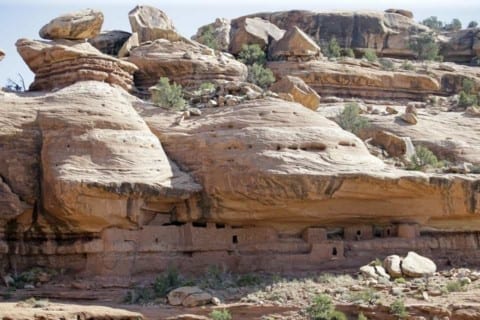 In Late December, President Obama declared 1.35 million acre area a national monument through the antiquities act, an act that gives the president power to declare a national monument. His controversial use of this power upset many republican lawmakers from Utah who were already upset with the amount of federally controlled lands in Utah.

According to the Washington Post; Senator Orrin Hatch Rep.-UT. has already promised to work with the new Trump administration on undoing this national monument. Hatch along with many other republican lawmakers, most notably Secretary of Interior Zinke, are hoping to work with the new administration to repeal some of the new restrictions. Republican law makers in Utah have already

Republican lawmakers in Utah have already begun to work on new legislation to combat the Bears Ears monument by proposing the “Public Lands Initiative“. The Public Lands Initiative proposed and written by congressmen Rob Bishop and Jason Chaffetz, as well as U.S. Senator Mike Lee, aims to “bring resolution to some of the most challenging land disputes in the state of Utah”

Meanwhile opponents say removing federal protection will eliminate vast areas of wilderness and have devastating effects on the environment.