Be Thankful For Your Blessings

Home Be Thankful For Your Blessings 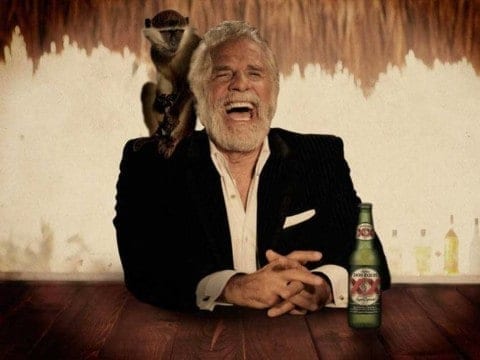 “I hate you.” That is the last thing I remember saying. During dinner, my mother and I had gotten into an argument. The reason for the argument was silly, but aren’t most arguments over silly reasons anyways? Well, this time it was because I did not want to do the dishes. From there, one thing led to another and eventually the famous line “I hate you” spewed out of my mouth. After spewing my famous line, I went upstairs to my room and decided that I needed to take a nap to cool off. My mind was all over the place.

A few hours had passed, and I had finally woken up. It was exactly 12:00 AM and a new day, technically. Thankfully, I had no school the next day because it was the start of winter break. I went downstairs to find that everyone was gone. Considering that it is 12:00 AM, I assumed that my parents went upstairs to check out for the night. I breathed a sigh of relief and went to the fridge to get some leftover dinner. To my surprise, there was no food in the fridge. In fact, the fridge was mostly empty. That’s pretty strange. I went back upstairs to my room and decided to watch some Netflix. After hours of binge-watching, I eventually fell asleep, again. This time, for the rest of the night.

The next morning, everything seemed odd. My dad was downstairs watching TV and eating breakfast, but my mother was no where to be found. My mom and dad always eat breakfast together, no matter what. This was an old habit that they had formed since they were first married.

During the day, I found myself bored and watched TV all day to pass the time. Surprisingly, I was excited for my parents to come home so that I could have some company. Watching TV by yourself all day can get pretty boring.

Around 7:00 PM, Dad came home, but not Mom. Dad is a salesman at our local Volkswagen dealership, and Mom is a manager at our local Whole Foods. They have similar schedules and usually go into work and get out at the same time.

“She will be home late tonight” Dad replied. He yawned and laid out on the couch. This was getting awfully weird. First, Mom went into work early and then decided to come home late. Dad reassured me that she was fine and that Mom picked up a few extra hours. Even then, I was skeptical because this was the first time Mom worked any extra hours. Furthermore, Mom went into work early and stayed after. Something was not right.

Around 11:00 PM, my dad went upstairs to go to sleep. He said that he was exhausted and had a busy day at the dealership.

“Don’t worry Terry. I am sure she is bringing home some groceries or something. I mean after all, look at how empty our fridge is,” Dad said. He waved me off and went upstairs. His voice was so calm and I did not understand why. Why is he not worried? Maybe I am just overreacting. Even then, my gut was telling me that something was off about this whole situation. I decided to go upstairs and go to sleep as well, hoping that Mom would be home by the morning.

As the new day began, my dad frantically rushed into my room. His voice sounded like something terrible happened.

“What’s wrong Dad? I asked. Seeing him so panicked made me nervous.

“Your mother…” He didn’t finish.

“Is she ok?” I asked. Dad calmed down and looked at me while shaking his head.

“I just got off the phone with the police. Your mother died on her way home from work last night. She was speeding and got into a four-way accident. They were able to identify the vehicle from the license plate.” Dad had tears in his eyes. There was nothing coming out of my mouth, but there was so much going on in my head. All I was thinking about was that the last time I saw her, I was yelling at her. I told her I hated her. I began to sob.

As the days passed on, and the nights went by, I spent a lot of time mourning Mom. All the memories that we had, the good times we spent together, and the times she sacrificed her own pleasures just to make me happy, all came at me at once. Deep down inside, I felt like a horrible son. Kids are supposed to tell their parents that they love them, not hate them. What’s worse is that I felt that she died because of me. The police had found a cake in the backseat of the car. Of course it was splattered everywhere, but that cake was supposed to be for me because Mom had felt bad that we argued the night before. Had we not argued, had I just done the dishes, then none of this would have happened. Sometimes you don’t realize what you have until it is taken away from you.

That was when I woke up. Confused, sweaty and teary, I looked around. Sunlight was beaming through my windows, and it was a beautiful morning.

“What the hell is going on,” I said aloud. I headed downstairs and saw something that I was not expecting.

Sitting around the kitchen table were my parents. Furthermore, Mom looked perfectly okay. This was a miracle.

“Good morning Terry, would you like some breakfast?” Mom asked.

“I am not very hungry, thank you,” I replied. I poured myself a cold glass of water and began to digest what had just happened. A nightmare was all that it was. Maybe it was a message from God or the universe telling me that I need to be more thankful. Either way, I was glad that it was over.

Both my parents were eating breakfast and talking about something they had seen on the news. Not so surprisingly, Donald Trump had said something controversial again. While they were lost in their conversation, I walked into the bathroom and splashed my face with cold water. What is going on. I stared at myself in the mirror for a while, thinking about who the person was looking back at me. The dream felt so real, I could recall every moment of it. Some people do not get a second chance in life with their family members. However, I did. After a few minutes, I returned back to the kitchen.

“Is everything ok?” Mom asked.

“Yeah, it’s just…” I didn’t know what to say. Should I tell her that I just had a dream that she died and that I was sorry for the argument that took place last night? Well, I decided to do that, expect I left out the part about her dying.

“It’s just that I am sorry for what happened last night. When I said that I hated you, that was me talking senselessly. You and I both know that I did not truly mean it. Maybe in that moment I hated you, but nobody could ever replace you in my life,” I said. I let out a deep breath because it felt good to get that message off my chest. Mom looked like she was about to cry.

“Oh honey, mistakes happen. When I was your age, I got into a lot of arguments with my parents. Arguments are a part of life. However, we must realize that they are only arguments, and that we must forgive one another. I am also sorry for being too harsh on you.” She spread her arms out and I gladly accepted her invitation.

“This is nice and all, but I am heading out for work,” said Dad. “I think that you should as well.”

“Oh yes look at the time. There is leftover dinner from last night if you get hungry Terry,” Mom said. “Oh and I forgot, I left you a little surprise in the fridge.”

“Cool thanks,” I replied. Once my parents left, I realized that I was starving and opened the fridge. Inside was none other than a delicious chocolate cake.

“Looks like I should do the dishes tonight,” I said with a smile.