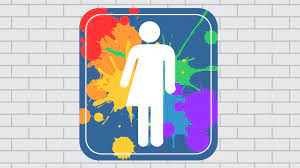 In the article, “transgender bathroom rights rollback” I learned that president Trump rolled back protections for transgender students that allowed them to use whichever bathroom corresponds to their gender identity, rather than to their biological sex.   Trump said the protections, put into place under the Obama administration, were not issued appropriately. He also wrote instead that it should be up to each individual state and school district to decide its own bathroom policy.

The issue of transgender bathroom access first took the national spotlight last March, when North Carolina passed a bill declaring that everyone must use the bathroom that matches the sex listed on their birth certificates. It must be horrible not being able to use the bathroom just because of your gender. It caused lots of problems so obama said that students should be able to use whichever bathroom they desire to use.

Was Trump opening the doors even more against gays and transgender youths?

I am surprised by your post about, “Bathroom rights” because Trump actually
did something good, and it was for the LGBTQ+ community and made changes for them as I assumed trump didn’t seem to like them.

One sentence that you wrote that stood out to me was ” every state or school to allow individuals to use the bathroom on what they may identify themselves with. ” I think it’s good for the LGBTQ+ people to use restrooms that are their genders, but in my opinion, I think places shouldn’t pick the rules for the LGBTQ community as some may feel uncomfortable when going to stores.

Thank you for writing this post about the “Bathroom right” because you really explained what the LGBTQ+ community is going through right now.

I am intrigued by your post, “Bathroom rights” because I think that it’s fascinating that they expanding bathroom right for the LQBTQ+ community. I also find it kind of weird because I would’ve never thought that the former president would’ve been a part of this.

One sentence that you wrote that stands out to me is, “ He also wrote instead that it should be up to each individual state and school district to decide its own bathroom policy.” I think this shouldn’t be a thing because it should be established for every state or school to allow individuals to use the bathroom on what they may identify themselves with.

Thanks for your writing. I look forward to what you write next because I really liked how you well- explained this. I am also interested in other LGBTQ+ rights that are or will be expanded soon.