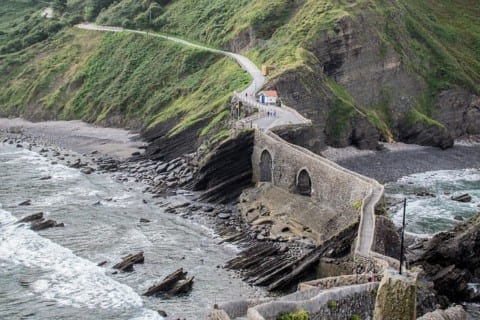 The Basque People date back to the beginning of recorded history.  They were there before France was France and before Spain was Spain.  They were there before, during, and after the Roman Empire, one of the few peoples to not have been taken over by the Romans.  Having to fight to maintain their land and culture as each new peoples settled in Europe, the Basques became quite strong and that’s one of the main reasons they exist today.  During the reign of intolerant Spanish rulers like that of Fransisco Franco from 1930 to 1970, the language and culture of the Basques were severely oppressed to the point where speaking of Euskara (Basque language) was punishable by death.  As soon as tolerance levels rose again the language arose and continued to flourish within the villages and towns. Turning negative into positive, the Basques were able to supplement new and foreign technologies brought to them by their prosecutors into their sturdy backbone of culture and use this to their advantage.

Madi, I love this topic I think it is so interesting. I love how you incorporate the history of the Basques and how they were pushed to the unknown. I think it would be super cool to look at how the Basque language was incorporated into other languages. The wikipedia page on the basques has a section on how it effects other languages that could be helpful. https://en.wikipedia.org/wiki/Basque_language