Barbara Johns: Brown vs. Board Of Education

Home Barbara Johns: Brown vs. Board Of Education 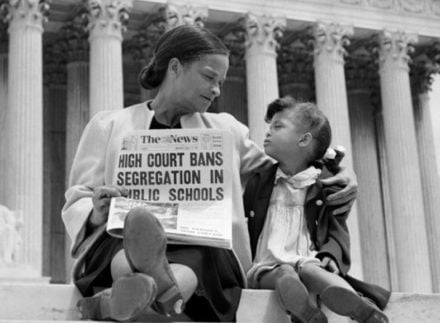 The article, “The 16-Year-Old Who Fought Segregation” brings back to life the landmark case of Brown vs. Board of Education.  This case went to the Supreme Court on the topic of segregation in schools.  With a 9-0 vote, it was declared unconstitutional.  The leading black students that did a walkout to protest say to have not felt any fear, but rather knew it was a moment to seize.  A young black woman named Barbara Johns was at the forefront of fighting this segregation of schools.  After experiencing the bad conditions her school was in she decided to put a stop to it.  She along with the youth empowered this movement.

With February being Black History month we especially celebrate people like her that fought for equality.  Her impact was part of the waves of movements that would ultimately bring justice and equal rights to Black people.  She gives us insight into the power young people hold in changing the dynamics of our society.

How could you work towards making changes for the better of our society?