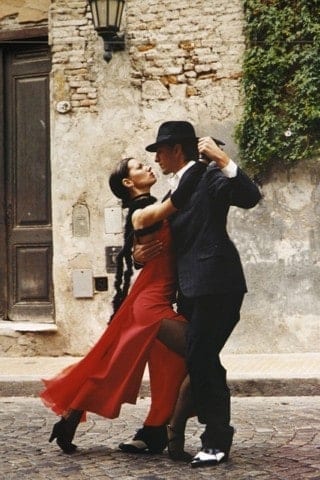 It is so beautiful and amazing to see how dancing has so much affect and history throughout it’s creation. Again, here I am talking specifically about ballet folklórico and it’s beautiful creation. Although it has been around for a while, it is still performed today in different places of the world. There is one person specifically who has kept it alive and has continued having it performed for many years now. Amalia Hernandez is the matriarch of the original Ballet Folklórico de México. She has helped shaped Mexican heritage into a beautiful art form.

Hernandez’s company has performed in more than 80 countries and on some of the most famous stages such as the foot of the Sphinx in Egypt and Radio City Music Hall. About every year, the ballet captures the attention of many audiences and sends many tourists to Mexico to watch these spectacular shows. Today, Hernandez’s company is made up of about 300 performers.

It is so beautiful to know that the Mexican culture is not just made up of one specific group or type. It was really well put and explained in the article by Rosa Guerrero, an ethnomusicologist from El Paso. “ Being Mexican is being a hybrid.” There is no better way to make a comparison. Just even being Mexican means being a hybrid You have a mixture and combination of many different influences from different ethnic groups and cultures. Hernandez has different types of dances that include: flamenco, tango, classical ballet, polka, African rhythms and pre-Hispanic religious rites.

It is amazing and cool to see how for these dances they have flashy costumes and different props for different dances. There has been criticism and backlash for using these props and flashy costumes. But, Hernandez is there to help remind them and know why they do it. She still uses the original clothing that pertains to each specific dance, but she adds colors and shine to them. She also then at times adds props to add on to the performance. She states that she adds this glitz and glam because really no one would pay to come see a village show. Since they are professional performers, they always have to find a way to draw in an audience and have them entertained for a good amount of time.

Amalia Hernandez always knew that she wanted to be a dancer. Although her father was against it and didn’t want her to to be a public dancer, she still constructed a dance studio for her personally to practice. Many famous dancer such as Madame Dambre of the Paris Opera, Waldeen the American modern dancer, and La Argentina of Spain would go to teach Hernandez. She found out later that the dance that she was interested in was indigenous, traditional music and raw dances of the peasants because it was what “moved her soul and grabbed her interest.” From then, she began studying Mexican song and dance under the instruction of Felipe Obregon, Mexico’s first folklorist. She later became a dancer, dance instructor and choreographer and Mexico’s Institute of Fine Arts. In 1952, she left the Institute to create her own company. From there on, he and her company got noticed and brought to the public’s attention. With this, her company was able to expand and become what it is today.