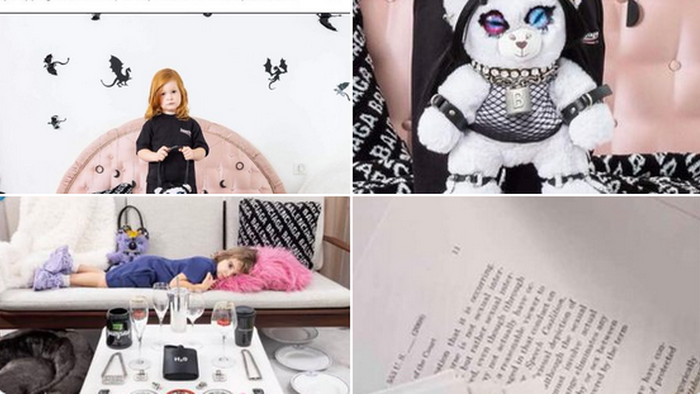 In the article, “Balenciaga apologises for ads featuring bondage bears and child abuse papers” (The Guardian, 2022) I learned that Balenciaga, the luxury fashion label, has apologized for advertisements that depicted toddlers holding teddy bears in fetish gear and another that used paperwork regarding child sexual abuse law as props. Now that it had caused numerous criticism online the company is facing a lawsuit of $25m against the team behind one of them. The controversy is based on two major ad campaigns. One is the Garde Robe photoshoot, in which Nicole Kidman and Isabelle Huppert posed in Manhattan offices for the brand. Viewers with piercing eyes discovered documentation from a US Supreme Court case probing whether child sexual abuse images regulation restricts freedom of speech rights on a desk beneath a £2,800 handbag.

What do you think about this would you agree with their apology?
0
Please leave a feedback on thisx

In my perspective I agree this is not right at all to use Minors to contribute in any type of display that renders sexually. They also tried covering up the documents saying they were fake office documents which turned out to be real. This controversy has outraged and is becoming worldwide known. If children are used so they can lure more customers to buy from them than they should close down the store forever. Overall, Balenciaga is just another big company trying to gloss over their mistakes with money well you got it wrong not everything could be sold.

Dear Dalia,
I am appealed by your post “Balenciaga is getting backlash from ads featuring bondage bears and child abuse papers” because I was waiting for somebody to write about this recent controversy.

One sentence that you wrote that stood out to me was when you said “if children are used so they can lure more customers to buy from them then they should close down the store forever.” I think this is agreeable because I think this display of child exploitation is disgusting enough to put a stain on the legacy of Balenciaga for good.

Thank you for writing, I look forward to seeing what you write next because I was very appealed by this post. I also agreed with your stance on this particular subject.