James Baldwin, writes about the idea and concept of racism various times in his novel “The Fire Next Time”. He speaks of where negroes stand in america and much more. His word choice and use of certain literary devices evoke different feelings when the reader comes across his work.This book discusses the idea of race in many different outlets from challenging racism, to debunking ideas of racism,and inversing the idea of internalized racism to empower himself. 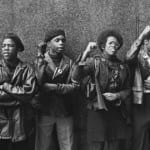 Baldwin wrote “i myself had also become a source of fire and temptation.” (pg 25) As the reader this creates a feeling of self- consciousness.This feeling is evoked by the idea of being your own “fire” it seems to be toxic, but really the diction hee creates a paradox because Baldwin is using the concept of internalized racism to empower himself. James Baldwin also writes “ Negroes in this country- and negroes do not strictly or legally speaking exist in any other – are taught to despise themselves from the moment their eyes open on the world” ( pg 25) This makes the african american audience feel upset and victimized because of the amount of institutionalized racism towards the negro community.Baldwin uses the syntax of the sentence by putting a sentence within a sentence to zero the reader’s attention on one specific problem causing different emotions to be evoked.

Through these quotes the reader can analyze issues of the power negroes have in this country.These quotes give the reader insight to how the negro community had to live and where they stood in those times. Because of the institutionalized racism black communities had little to no power. As Baldwin wrote theoretically speaking if we leave it up to them – the white man- negros dont politically exist. From prior knowledge I know that specifically, the black man was recognized as ⅗’s  of a real ( white) human. Being classified as non -existent by a white man in a white dominated society, or ⅗’s of them puts a person of color in no position to have or even develop power.In fact it puts them in a position to develop an internalized racist mentality. Because they have been and are being treated like trash the negroes eventually began to think maybe they are tras or even worse what the white man refers to as a Nigger.James Baldwin also describes how sometimes you need to believe the white man’s ideals so that you are able to look past their “innocent” look and you’ll be able to stay aware and ‘woke’ in this country.

Ajonea,
I found your analysis very interesting and agree with you that Baldwin makes a strong argument. African Americans are still feeling the wrath of racism and this topic is as relevant as it has ever been. While we have made strides toward equality, we are no where near perfection. To empower your writing even more read over it and edit out grammar mistakes. Furthermore, capitalize the beginning of the quote you use for grammatical reasons and emphasis. I very much enjoyed your analysis of how Baldwin used syntax as well. Literary tools are always important to recognize.
Thank you for sharing!

Ajonea,
I think Baldwin makes a very strong argument, and you seem to have put a lot of thought into the topic as well. In today’s society, this is especially relevant, as blacks are still feeling the effects of this racism and trying to overcome it. Thank you for sharing your analysis of Baldwin’s work.